Dyson at Large: The slowly expanding world of hyperlocals (part one)

It’s a dream that I reckon many HoldtheFrontPage readers often find themselves yearning for:

This dream is a reality for modern media entrepreneurs Kate White and Mark McGinlay, who started The Peckham Peculiar in January 2014 and, now that it breaks even, are about to launch The Dulwich Diverter.

You can read the details of this crowdfunding success and new launch plan at the links above, so I won’t repeat them here.

But alternative business and finance structures aside, what’s the actual product like? I got hold of the latest edition of The Peckham Peculiar – a free, hyperlocal newspaper published every two months – to find out. 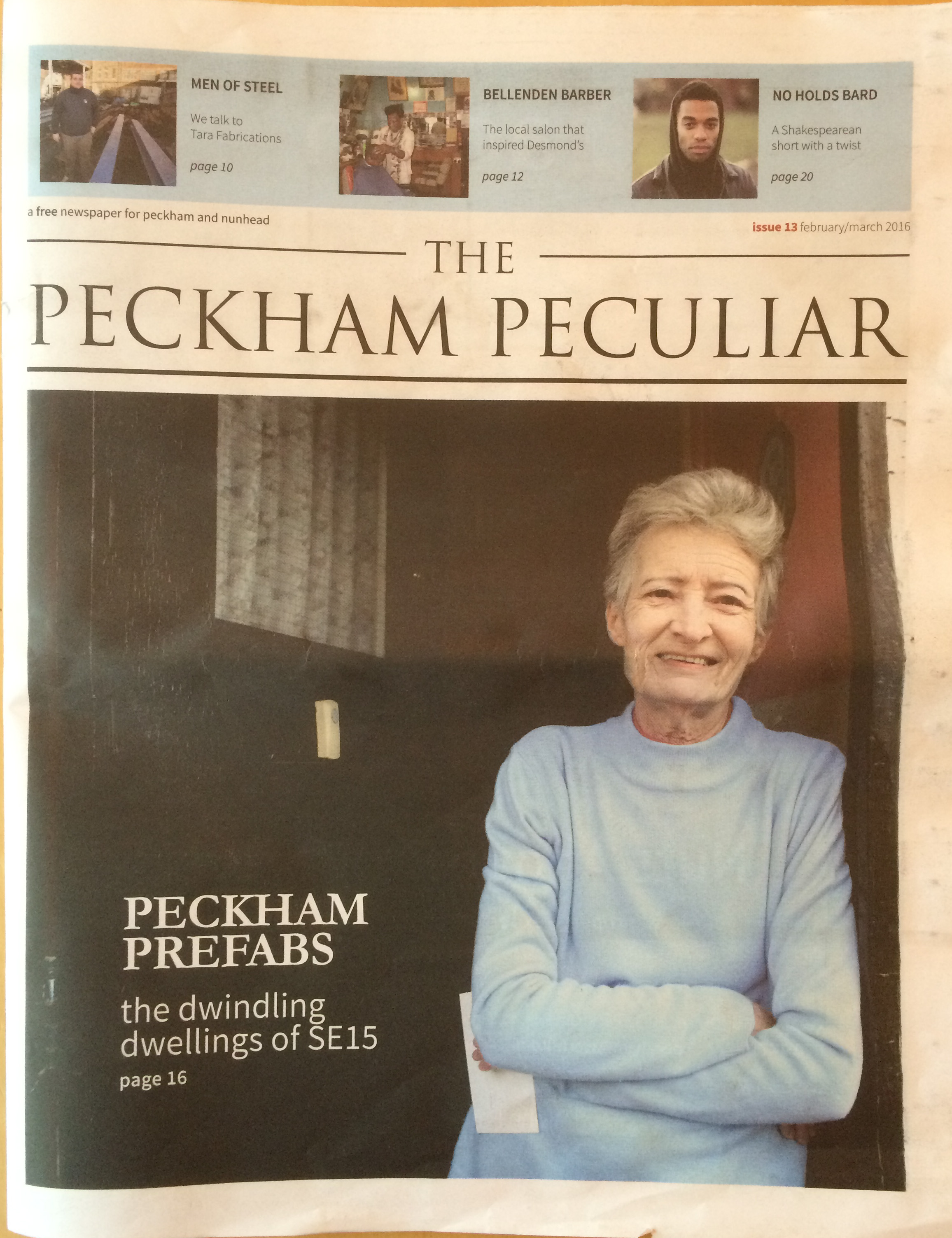 The first thing that hit me was the fascinating front page of the February/March edition: a normal but smiling pensioner on her doorstep, her ordinary front door swinging open, its black colour helping to project the white headline and subheading which tell readers exactly what’s going on.

the dwindling
dwellings of SE15
page 16

The three page spread inside is mainly pictures from a new book on prefabricated houses, the best images showing residents at the door, in the garden, in their sitting rooms – all the more tantalising because of the mundanity of their surroundings.

The words are not as good as the pictures: a simple snapshot of the history of prefabs, the number still surviving in the local area and a quick interview with the photographer behind the new book.

A better story would have been an interview with at least one of the residents pictured: when they moved in, why they’ve stayed, and what life’s been like in these post-war homes that were built in the late 1940s and intended as temporary structures for just ten years.

Yet despite that lack of specific human detail, the quality of the picture-led design carried the spread, and I even found myself looking at the interesting online prefab links provided at the end of the article. 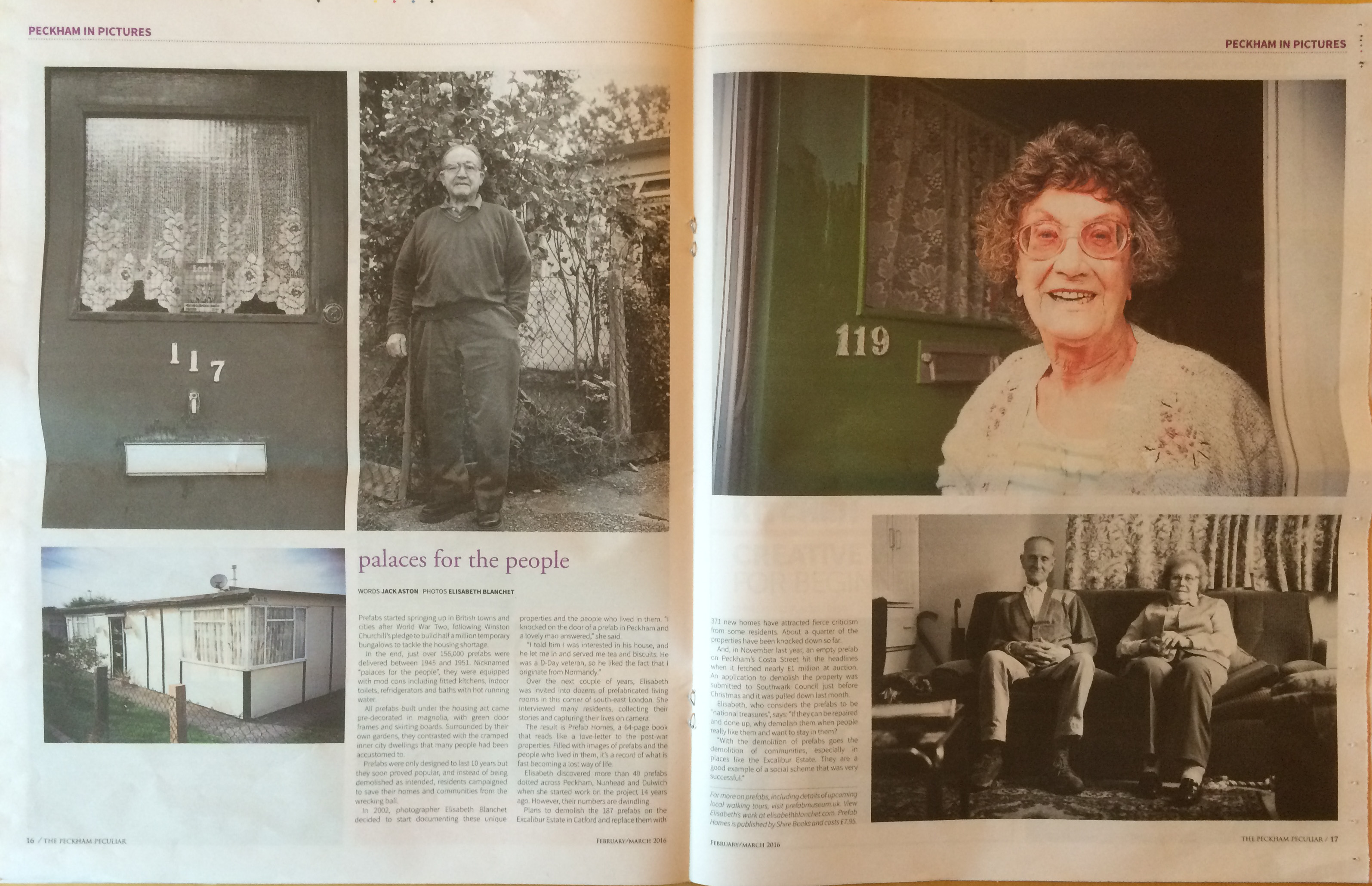 The other three stories boosted on page one were much stronger reads:

Despite the housing and local industry features, the latter two articles give you an accurate feel for what Time Out magazine refers to as a ‘local artsy South London newspaper’.

Other major articles in the latest 32-page edition included: a spread on a Peckham-inspired book of cult comic strips; a backgrounder ahead of a local production of Hamlet; an interview with a man making a documentary about changing Peckham; and the rescue of a dying local boozer.

But if that’s what’s wanted by local hipsters in SE15 – and they’re still buying adverts and reading it after 13 issues – then what’s wrong with that? Nothing as far as the publishers’ figures are concerned:

A last statistic on advertising for the hard-nosed among you: the edition I read carried four full-page, two half page and 36 quarter page adverts. There’s gold, it seems, in them thar hyperlocal hills…

* I’ll be returning to the expanding world of hyperlocals in every other blog for the next few months.