Here you can see the winners receiving their prizes from Jim Crawford, station director of Sizewell B power station, and 2012 paralympics equestrian hopeful Natasha Baker.

All pictures are by James Fletcher. 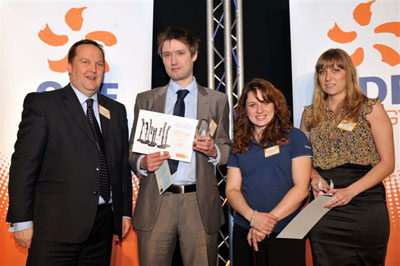 What the judges said: “Sophie Scott writes for the Luton on Sunday, where’s she’s been for just over a year now. All three of her stories had great impact – all exclusives, all front pages.”

“Iain Johnson, of The Brentwood Gazette, stepped into journalism after 10 years in market research. The judges really liked his writing style – a nice tone, strong stories.”

What the judges said: “Jon Austin, of the Basildon Echo, is no stranger to these awards – but this is the first time he’s focused on the environmental category. His three articles were well written and, said the judges, incredibly in-depth.” 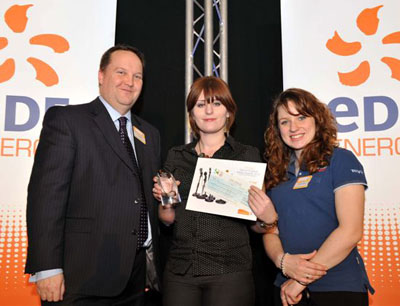 What the judges said: “Upbeat, vivid and colourful photos, the judges were really pleased that a relative newcomer to the profession was so assured in her work. Her pictures included a glorious autumnal shot of 2-year old Amy in a Peterborough park, a well set up picture surveying a fire-wrecked scout hut and a freaky image of ‘The Wild Man of the Woods’.” 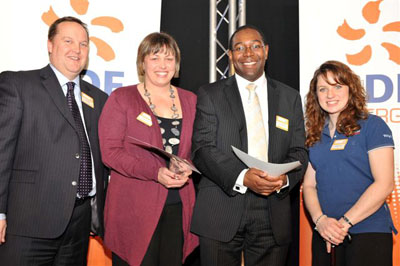 What the judges said: “ITV Anglia’s Donovan Blake has a very relaxed and natural style. He combines it well with strong journalism, thorough research and good interviews.”

“In all Nicky’s work, the judges agreed she never seems to say a misplaced word, she’s fun to listen to and her enthusiasm really shines through.” 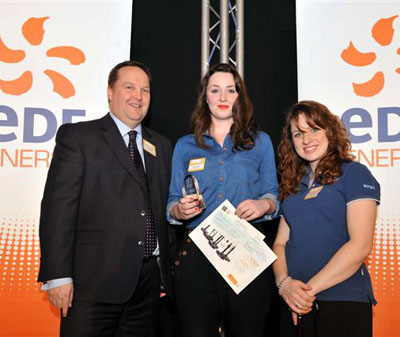 What the judges said: “Alice Hutton joined the Cambridge News as a trainee reporter this time last year – so she’s done incredibly well to make the shortlist. The judges liked her evocative writing, weaving her engaging take on a subject with crisp quotes.” 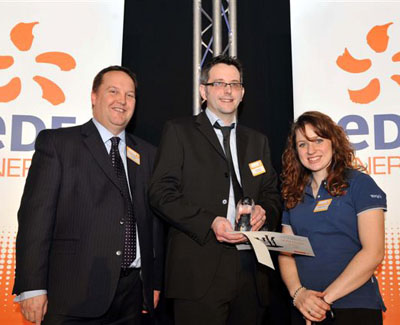 What the judges said: “Paul’s Saturday column was a fun read, would strike a chord with many of the paper’s readers and avoided clichés despite the subject matter. The daily quirks and randomness of family life are spelt out in a wonderful way.” 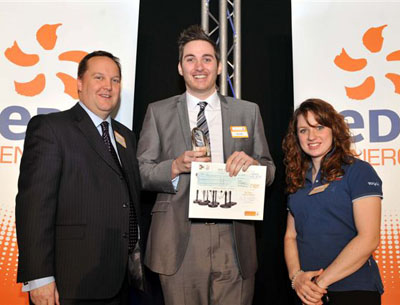 What the judges said: “There’s a very well thought out use of images and everything appears neat and fresh. He packs a lot into the page and his layout skills are superb.”

What the judges said: “His entry included three exclusives – an international murder case, NHS allegations and a fire chief’s surprising perk. The story of the Pakistani murder trial defendant living on benefits was clearly the result of a time-consuming investigation, involving translation of faxed Urdu court documents and dealings with Pakistani Government officials and lawyers.” 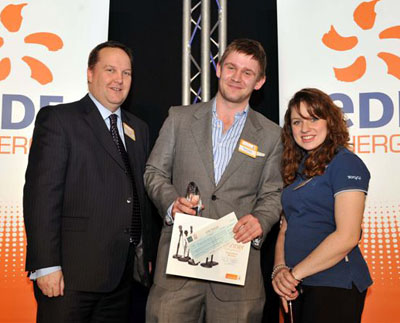 What the judges said: “Richard Martin has been a journalist at BBC Essex for over two years and clearly has a strong investigative streak to his work. An investigation into the old Chelmsford Marconi building led to a very strong interview with Marconi’s daughter in Italy and some good live reporting.”

What the judges said: “His revelations on John Baron MP were the result of detailed investigations over the course of a year and saw the MP demoted and forced to pay back thousands of pounds to the taxpayer. Very tenacious work and a series of great stories as a result.”

What the judges said: “Sally Chidzoy entered a strong portfolio to represent her work at BBC TV East. One was a good old-fashioned exclusive – door-stepping a doctor alongside the family members of a Cambridgeshire patient who had died due to the doctor’s mistake. It was an electrifying confrontation and the whole story was very well told.”

What the judges said: “With two and a half million monthly page views, edp24.co.uk really stood out for its level of innovation and ‘rich content’ including a brilliant and very different virtual reality museum of Norfolk, which involved readers to help put it together.” 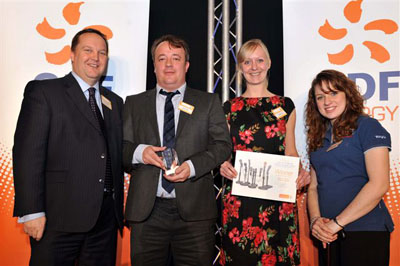 What the judges said: “It ticked all the boxes in the eyes of the judges, for a campaign that was locally targeted and bound to get readers and the wider community involved.” 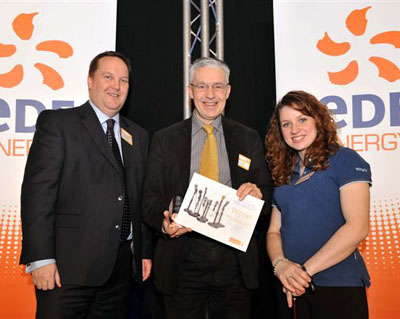 What the judges said: “The Norwich Evening News submitted a very well designed front page with a brilliant image. ‘Defeated Clarke heads for the exit’ superbly catches the moment when long-standing Norwich MP Charles Clarke headed for that exit – on election night, knowing his time in office is up.” 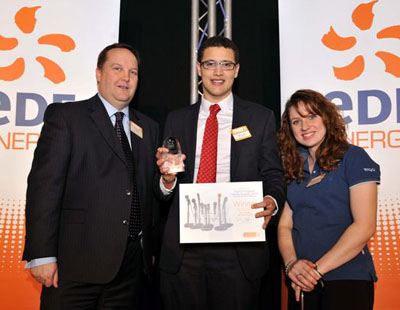 What the judges said: “The judges liked how Nick got on with listeners. He has good manners, but interviews don’t overrun, and he’s adept at drawing out emotive radio.” 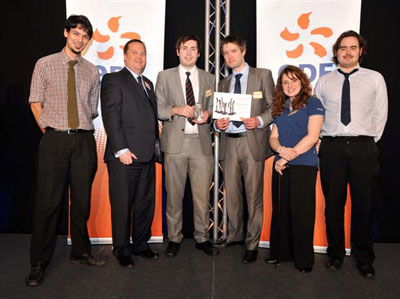 Paid for Weekly Newspaper of the Year: The Brentwood Gazette. Award collected by the reporting team.

What the judges said: “From hard-hitting stories to pages of community news, the Brentwood Gazette really is a comprehensive low down of Brentwood life. Its pages were busy and pleasing to the eye. Readers’ contributions were also impressive. Strong front page exclusives, a high news count, and good entertainment and sports sections too.” 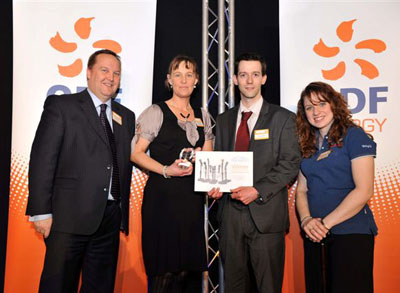 What the judges said: “The Cambridge News and Crier stood out with its balance of news and community focus. It was very strong on features, and very well designed – giving it almost a magazine feel, a great layout and stylish throughout.”

What the judges said: “ITV Anglia made a deliberate effort to get out of the studio and across the region for its Anglia Tonight programme in 2010. The entry included extracts from three programmes – one reacting to breaking news, one carefully planned and one linking with Anglia’s Allotment campaign.”

Current Affairs Programme of the Year: BBC East with Corby: A Toxic Town.

What the judges said: “This was an incredibly moving piece of television – a powerful human tale. Produced by Maggie Dolan, it was shown back in April and is the story of a long legal battle between the council and families of children born with deformities which they blame on the clean up of the town’s steel works.” 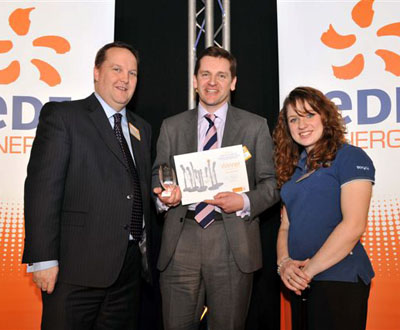 What the judges said:“The Eastern Daily Press is a grown up newspaper that impressed all our judges – one describing it as a ‘genuine class act’. It stands up to the nationals and is very in-depth. The news coverage is comprehensive but it manages to change pace well – the features and quirky stories are all well presented, with great design and images.”