Two weekly broadsheet newspapers have merged to create one new tabloid-sized paper, just a month after a new editor was appointed.

The Wharfedale and Airedale Observer, which was first published in 1880, has joined together with the Ilkley Gazette, which is in its 150th year, and the first edition of the Ilkley, Wharfedale & Airedale Gazette & Observer hit the streets last week, along with a newly-named website.

It has been designed to be easier to handle by readers and provide more news, sport and better entertainment coverage but will keep the regular features from the titles.

Malcolm Hoddy was appointed editor of the papers last month as part of a shake-up at the Newsquest papers in West Yorkshire, also remaining in his role at the helm of the Keighley News. 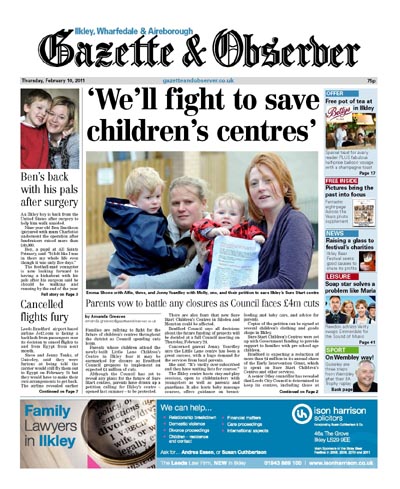 In an article introducing the new-look paper to readers, he wrote: “It is always a challenge introducing change, but I truly believe that we have produced an exciting local newspaper and website fit for the future.

“We already know that many people will find it easier to handle and looking inside, there’s a more comprehensive news service from Ilkley, Wharfedale and Aireborough.

“Along with more news there’s more sport, better coverage of entertainment and the arts, plus all of the regular content and features.

“This week, as the film title says, we’ve gone back to the future with the special supplement packed with pictures from across the years from all parts of the district.

“All in all, our award-winning designers have put together a really classy, quality product which will appeal to new readers while maintaining and improving all that’s great about the former titles the Ilkley Gazette and Wharfedale and Airedale Observer.” 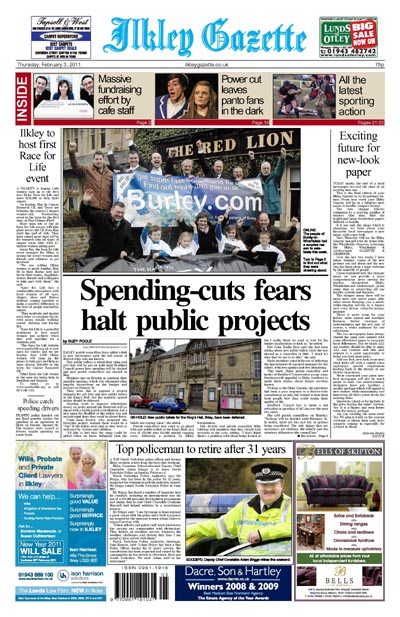