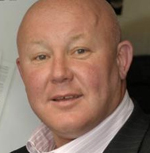 A regional press managing director has swapped his suit and tie for a pair of khaki shorts after setting off on a charity trek in Peru.

Paul Stannard, of Archant-owned KOS Media, set off earlier this month for the 10 day charity trek, where he will walk the famous Inca Trail to Machu Picchu.

He will then be airlifted into the middle of the Amazon jungle, where some of the world’s most deadly creatures live, where he will stay for four days enduring extreme weather conditions.

His trip began on 9 October and Paul, 46, has funded the trip himself so all money raised will go to charity.

Speaking before his trip, he said: “Whatever challenges I face can’t be compared to what those poor kids are going through. I wanted to do something big to get a lot of support for these charities.

“We’ve raised money for Kent children through the KOS Media Christmas appeal, but this year I wanted to do something bigger. I’ve seen what Dave Lee and Demelza do. I feel it’s the least I can do to give something back.

“We’ll spend four days living with the local wildlife, like anaconda and tarantulas, and travel by foot and in carved wooden canoes.

“There are piranhas and electric eels with 5,000 volts in the Amazon. We’re doing this the real way – not the tourist way.”

When he returns, Paul will write a blog about his jungle adventure.

KOS Media was set up by Paul in 2002 but he sold it to Archant earlier this year.