Newcomer Tara is the cream of the South

Said Tara: “I can’t quite believe it. I am absolutely over the moon.

“I was only going to enter the one category and when they told me I had been shortlisted for the print category too I was absolutely shocked!”

Other big winners included Simon Dack of The Argus, who chalked up his third victory in the news photographer of the year category.

And there was a second win for Faith Eckersall of Bournemouth’s Daily Echo in the columnist of the year category.

In the big team categories, the Daily Echo was named Daily Newspaper of the Year, while the weekly paid-for title went to the Kentish Gazette.

There were two awards for the Camden New Journal, which won the weekly free newspaper of the year title along with community campaign of the year for its successful battle to save Whittington Hospital.

News Photographer of the Year: Simon Dack, The Argus

Sports Journalist of the Year: Neil Allen, The News, Portsmouth

Feature Writer of the Year: Ian Ray, The Argus

Designer of the Year: Pete Gavan, The News, Portsmouth

Community Campaign of the Year: Camden New Journal – Save the Whittington

Front Page of the Year: Daily Echo, Bournemouth – ‘I’m going to miss you so much’

Paid for Weekly Newspaper of the Year: Kentish Gazette 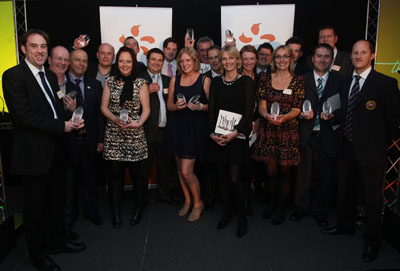