A former press photographer who took images charting more than 40 years in the life of a coastal town has had his pictures turned into a book – two years after his death.

Basil Kidd worked as a freelance photographer for the KM Group’s East Kent Mercury in Deal from the mid 1950s until the late 1990s.

A book, called Basil’s Deal, containing nearly 200 photos taken by him during his career has been written by town historian Judith Gaunt, who herself was once a Mercury reporter.

Basil died in November 2008 at the age of 85 and his son Nick gave Judith access to Basil’s vast archives of prints and negatives so she could compile the book. 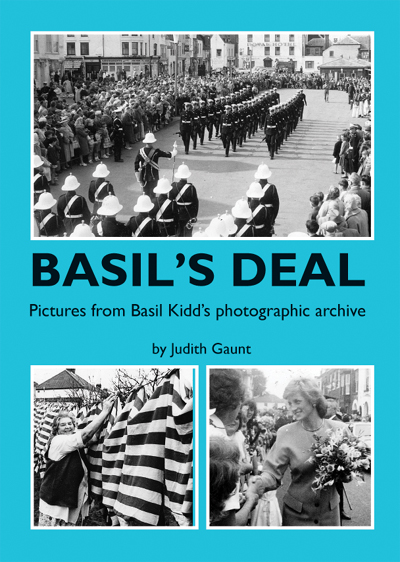 Judith said: “It was a terrific honour to be asked by Nick Kidd to select the images and write the book. I hope I have done him and Basil proud.

“I first knew Basil when I worked on the same newspaper as him during the 1970s and quickly became familiar with his trademark raspberry blowing for gaining everyone’s attention when he took a picture.

“I never thought I would end up writing a book about his work 40 or so years later. There were literally thousands of pictures to choose from and what is in the book barely scrapes the surface.

“All of the images of course were taken in the pre-digital era on black and white film, often on an all manual camera, and would have been processed and hand printed in Basil’s own darkroom at his home in Victoria Road, Deal – usually in a hurry to meet a newspaper’s deadline.”

Photographs in the book depict members of the Royal family, the Royal Marines, Prime Ministers and numerous celebrities who visited Deal, along with local coal miners, lifeboatmen, sportsmen, carnival queens and countless children.

Basil was born in Deal in 1923 and served in the Royal Navy, where his love of photography developed when he was given a camera on his first ship and instructed to take pictures by his Rear Admiral.

He returned to Deal in 1954 after spending a year as a cruise liner’s photographic manager between Southampton and New York and shortly after set up his own photography business.

The book has been published by Bygone Publishing, run by occasional KM Group freelance Nick Evans, and will be on sale from 18 October at local bookshops and from amazon.co.uk.