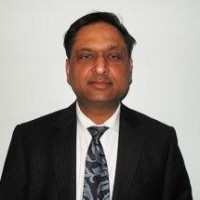 A regional daily has been censured for misrepresenting inquest findings in a way that implied a medical professional had contributed to two people’s deaths.

The Independent Press Standards Organisation has found against South Cumbria daily The Mail after it covered the departure of urologist Ashutosh Jain from his role.

The Mail’s story about Mr Jain leaving his position at the University Hospitals of Morecambe Bay Trust stated that “coroners ruled clinical errors” made by him and former colleagues contributed to the deaths.

But IPSO found against the newspaper after agreeing with Mr Jain, pictured, who asserted that the coroner’s reports relating to the two patients did not mention any individuals’ names as having been responsible for their deaths.

He also argued that a claim by the newspaper that “UHMBT leaders have apologised to families and patients affected by mistakes made by the three doctors” was inaccurate.

Mr Jain said that while UHMBT may have apologised, this was not an admission of wrongdoing and the investigation into these incidents were still ongoing.

Denying a breach of Code and defending the accuracy of its coverage, The Mail said Mr Jain was named by the family in an inquest into the death of the first patient at which the coroner recorded a conclusion stating: “The cause of death was contributed to by the failure to provide a stent to drain [the patient’s] infection earlier in her treatment.”

It provided a copy of an inquest document which contained the conclusion of the coroner as to the cause of death and added that the patient’s husband had also criticised the Mr Jain’s care of his wife.

The Mail said Mr Jain was consistently named by the patient’s families as the consultant in charge of their relatives, and that he was criticised by a whistle-blower during an employment tribunal and subsequent book.

In support of its position, the publication provided several previous stories it has published which included criticisms from family members regarding the care provided by Mr Jain, and which stated his mistakes had contributed to the deaths of the two patients.

IPSO found that while The Mail had provided several supporting documents regarding the patients’ deaths and the inquiries into these, the documents did not name any individual doctors as being responsible for such errors.

The newspaper had therefore not demonstrated that Mr Jain had been identified by name or indirectly as having made errors that contributed to the deaths in either hearing.

The Committee considered that the statements gave the clear and inaccurate impression the coroner had expressly “ruled” clinical errors made by Mr Jain specifically had contributed to the deaths of the two patients.

In such circumstances, IPSO found that this misrepresentation of the coroners’ findings represented a failure to take care over accuracy.

It further ruled IPSO was entitled to take the view that the trust’s apology amounted to the UHMBT leaders apologising for mistakes made, but the story suggested the apology had expressly attached blame to certain doctors and identified them, which was misleading.

Several other alleged breaches of Code made by Mr Jain were dismissed by the Committee.

The complaint was partially upheld, and the full adjudication can be read here.