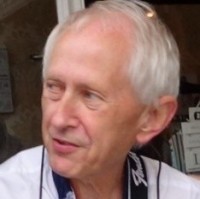 A “talented and tenacious” former editor who spent 42 years in journalism has died.

Tributes have been paid to Phil Hartley-Williams, who edited the North Wales Pioneer.

During his career, he also worked for the North Wales Press Agency as a reporter.

The Pioneer said it was understood Phil, who was in his early 70s, had contracted Covid-19 before he died on Boxing Day.

Emlyn Roberts, former editor of Pioneer and North Wales Chronicle, told his old newspaper: “Journalists and friends from all over North Wales are still in shock over Phil’s passing.

“The comments made show the very high regard people had for him.

“He was a talented and tenacious journalist, but above all, he was a gentle, fun-loving man who lived for his wife, Sue, and family.”

Bob Hewitt, a former press photographer, had been friends with Phil, pictured, since they were teenagers and kept in regular contact with him every day while he was in hospital.

Bob told the Pioneer: “I thought he was coming home because he was so buoyant; his usual cheerful, funny self. Just on Christmas Day, we were exchanging messages and he said he was feeling so much better, and then the next day, he had died.

“I was expecting to hear from him that day saying that he’d been discharged, but the absolute shock of finding out that he had died just completely floored me and my wife, because Phil was the saxophone player in my wife’s band as well in the 1970s.

“Phil was part of our lives. It’s collectively hit a big group of us very, very hard, and all of our thoughts are with his wife, Sue, his kids, grandkids, and his colleagues.

“He absolutely loved his family, and I just can’t imagine what Sue and his children are going through. He was a good guy, we never had a cross word in 56 years or fell out over anything.”

He said: “The news of Phil’s death was a devastating blow to all those who worked so closely with him over the years.

“We shared the ups and downs of newspaper production, but at no time did he lose his superb sense of humour or, indeed, his honest perception of bringing the news to the community he served in Colwyn Bay and the surrounding districts.

“I will miss him personally as a true friend, and I know I speak for all his former colleagues when I say the newspaper industry has witnessed the loss of a true stalwart.”

Jez Hemming, central area communications officer at Betsi Cadwaladr University Health Board, worked with Phil at the Pioneer for almost three years at the beginning of the millennium.

He said: “He encouraged me and gave me the confidence to be a journalist who asked searching questions. We did the work, but he made the office such a fun place to be.

“His anarchic humour and ability to highlight the ridiculousness of life was probably summed up by his love of The Simpsons.

“Whenever he received an email his computer would scream ‘The mail is here! The mail is here!’ in the voice of Homer. It drove us crazy at times, but it also broke us into fits of laughter at stressful moments.”

Phil is survived by his wife Sue, to whom he was married for 48 years, his children David, Peter, Laura and Sarah, and his four grandchildren.

His daughter Laura, described him as a “kind and caring husband, dad, grandad, brother, uncle and friend”.