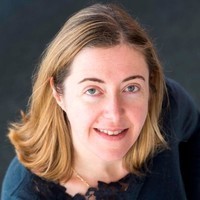 The University of Central Lancashire has produced the guidelines in order to help journalists “navigate between their legal and ethical obligations” when covering such hearings.

The move comes amid fears that journalists are being put in “impossible position” by judges for instance by instructing them to refer to rapists as “she.”

However, Sophie noted if a defendant’s previous name is not included in a court report, it “could prevent victims of any previous crimes or witnesses from coming forward”.

The guidance therefore encourages journalists to use both birth and post-transition names where available, particularly in the coverage of sex offences.

It also urges reporters to avoid using definitive words including “woman” without caveat, especially in headlines and introductions, and to report all quotes accurately even if this results in different pronouns being used by different speakers in the coverage of the hearing.

The guidance states: “Types of crime strongly correlate with biological sex. These differences remain even after transition.

“Public understanding of crime, particularly violent and sexual offences, will be corroded if a defendant’s sex is cloaked in euphemisms, or buried in a final paragraph, or if gender is conflated with sex.”

Amy added: “Journalists get a lot of abuse online when they refer to rapists as she, but they are often put in an almost impossible position by the courts.

“We wanted to put together some robust guidance to help them make consistent editorial decisions.”

Further recommendations include for reporters to provide readers with the most accurate information, where possible, regarding a defendant’s status such as an official name change, medical treatment and time of transition, as well as to clarify the biological sex of the defendant high up in the story.

Seven trans rights groups were invited to take part in the research but did not respond. The full guidance and research can be found here.