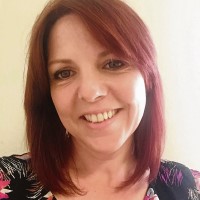 A long-serving editor is leaving the regional press after more than three decades’ service to take up a new role combining her journalistic and nursing skills.

Denise Eaton has revealed her departure from the Kent Messenger, which she has edited for 11 years, to join Nursing Times.

Denise, pictured, entered journalism in 1987 and has also served as editor of the Gravesend and Dartford Messenger series and deputy editor of South Essex daily The Echo during her career.

In addition to her work in the news industry, she also worked concurrently as a nurse in Maidstone for seven years.

Speaking to HTFP, Denise said: “It wasn’t a decision taken lightly, but I’m leaving a lifetime of newspapers behind me to embark on a fresh challenge which will marry my nursing experience and editing skills at Emap’s Nursing Times.

“I guess it was the ideal fit – a qualified nurse and experienced editor is quite a niche job description.

“It goes without saying that I shall miss the cut-and-thrust of news, challenging authority and championing communities – after all, it’s what I’ve known since I started in the newspaper industry as a compositor for Echo Newspapers in Essex in 1987.

“It’s time for me to move on, though I shall certainly miss the KM and the incredible people I work with.

“Not least among those is editorial director Ian Carter who has always encouraged, supported and enabled me to operate without interference and with conviction.

“The industry needs managers such as Ian who actively encourage career progression for women, championing them to realise their capabilities and increase their confidence and self-esteem; things which are sadly still often lacking.”

Denise’s first stint with the Basildonw-based Echo lasted seven years and she ended up as a senior reporter before joining the short-lived news agency UK News, in Leicester, in 1994.

The same year she returned to The Echo as news editor and was later promoted to deputy editor, a role she held between 1995 and 1997.

While there, she trained as a nurse for three years and went on to become a senior staff nurse at Maidstone Hospital, qualifying in 2001 and working as a bank nurse alongside her journalistic career until 2008.

In 2004, Denise became news editor in Dartford and was promoted to her first editorship the following year.

At the KM, she has also been responsible for overseeing other titles including Kent Online, the Sittingbourne News and Sheerness Times Guardian.

“I had no hesitation all those years ago in moving Denise from the Gravesend Messenger to our flagship title; she was the KM’s first female editor and did the job with passion, enthusiasm and the campaigning zeal which saw her appointed in the first place.

“I know what a tough decision this has been for Denise and she will be a huge loss.