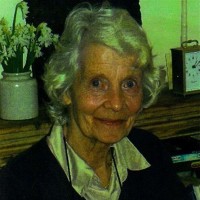 A journalist described as “something of a pioneer” for women in journalism has died aged 91.

Tributes have been paid to Rosemary Burnett, who wrote for regional titles in Kent, East Anglia and the West Country during her career.

Rosemary, pictured, began her career on the Kent Messenger as a trainee reporter in 1947, before working at the London offices of The Times of Ceylon and the Ceylon Observer.

During her time on Fleet Steet, she covered the funeral of King George VI and the coronation of Queen Elizabeth II.

After moving to a farm near Thetford with Jeremy Burnett, her second husband, Rosemary wrote for the Eastern Daily Press, the BBC and She Magazine, also editing the woman’s page of the East Anglian Farming World.

She moved to Norwich, then Middlesbrough, where she was a press officer for Teesside Social Services, before finally settling in the South-West.

There, she worked on the Cornish and Devon Post, the Western Morning News and Plymouth Herald.

In an obituary for the Messenger, Alan Smith wrote: “She was regarded as something of a female pioneer in the predominantly male environment of Fleet Street.”

Rosemary was married and divorced twice, to Alan Howe and Jeremy Burnett respectively. She had one son with each husband.

Rosemary, who died on 19 January, is survived by sons Philip and Roger and six grandchildren.