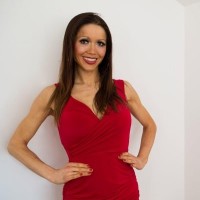 A journalist who says she was at “death’s door” nine months ago has bounced back to join a regional newspaper in a mover she says has been on her “bucket list”.

Sophie Mei Lan has taken up a role with the Yorkshire Post after recovering from the health scare last year.

Sophie, pictured, has previously worked for the Leeds-based Post on a freelance basis and counts the BBC, Channel 4 and Daily Mirror among her former employers.

She joins the staff of the Post as part of its search, topics and trends team.

Announcing her appointment on Twitter, Wakefield-based Sophie noted how the Post had been a newspaper she “loved and grew up” with, adding she had read it from her hospital bed while “at death’s door” due to gut health and gynaecological issues.

Speaking to HTFP about her experience, she said: “Last summer my body decided to give me a first-hand experience of life in an overcrowded understaffed hospital ward when I was admitted following an emergency scan.

“As I had been single parenting like many during the pandemic alongside freelancing as a journalist and creating mental health & wellbeing content, it was hard to access medical care, until I became really poorly.

“I had been turned away a number of times but fortunately, when I went in for a scan I was admitted immediately.

“My health deteriorated but forever as a journalist, I kept to my deadlines from my hospital bed for the media and clients I blogged for. The hardest part was being away from the kids and all I could do was sneak up to the chapel to pray to see them.

“My main source of solace was my parents who brought in Vegan food and newspapers for me as for a lot of it I was too poorly to leave the ward.”

Sophie has also served as a columnist for the Post’s JPIMedia sister daily the Yorkshire Evening Post during her career and runs a mental health and wellbeing blog called Mama Mei.

She added: “I kept reading the Yorkshire Post, especially when I struggled to write, to keep in touch with the outside world as I felt extremely disconnected.

“I have worked locally and nationally as a journalist for many years, working from the grassroots. I have spent a lot of my freelance career setting up community publications and I still run community media and content creators projects to give more underrepresented voices an opportunity and a platform.

“I know I would not be working for the newspaper on my bucket list- the YP – without having had support from so many people and organisations to train and work as a journalist.

“Last year was tough, but I’ve been through a lot of challenging situations, which is why I genuinely feel called to be a journalist because I want to give a voice to many more people in our communities who aren’t as privileged as I have been to work in the media and had so much support early on and ongoing.”

Welcoming Sophie to the Post, editor James Mitchinson wrote on Twitter: “Excited to have Sophie on board joining our search, topics and trends team: analysing what our readers want to read about and delivering for them.”