A regional daily’s commemorative special marking four decades since a historic sporting triumph sold out on its first morning.

The Birmingham Mail had to restock after an edition produced to commemorate 40 years since Aston Villa won football’s European Cup.

To mark the occasion, the Mail and its Birmingham Live sister website put together a bumper souvenir annual featuring 64 pages of “features and insight from that special night”.

Villa won the Cup after a 1-0 victory over German side Bayern Munich, and a number of players who featured in the game have also appeared on a companion special episode of the Mail’s ‘All Things Claret and Blue’ podcast. 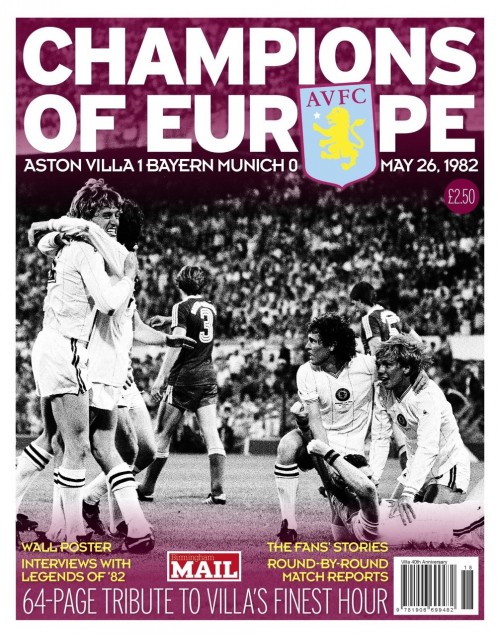 Steve Wollaston, Reach plc’s head of sport in the Midlands, told HTFP: “We wanted to put something special together to really encapsulate that remarkable night in Rotterdam, some 40 years ago.

“It was the night Villa were catapulted into elite company, and even though plenty of tough times have followed – you will still hear the fans singing about that success.

“For many Villa fans who were lucky enough to remember it, it feels like yesterday, but even for the following generations of claret and blue – it still courses through the veins of the supporters.

“It’s the stories that dads have told their children, who then pass it onto their own children.

“It’s that pride and passion that we wanted to encapsulate by putting together a really special tribute to the men who made it possible.

“We dug deep into the archives to bring you the match report from that wonderful night, and we have spoken to fans to hear their brilliant stories of the night claret and blue history was made.”

Memories from commentators and reporters who covered the game also feature in the supplement, which is priced at £2.50.

Steve added: “On the first morning it went for sale, we sold out, and we had to quickly make a lot more available in the online store.

“It was important to us to make sure we could give people something physical, meaty, and brilliant to sit and read – but we have also catered for the online generation.

“A few weeks ago, our podcast ‘All Things Claret and Blue’ sat down for a special interview with the Villa players from that day.”