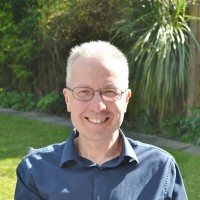 A former chief feature writer has celebrated his 33-year career with a regional daily in a new book.

Paddy Shennan, left, has reflected on his time with the Liverpool Echo, which he served from 1987 until he took voluntary redundancy in 2020.

His new book, The Talk of Liverpool, looks at the high-profile stories he covered over the course of his career – including the Hilsborough and Heysel stadium disasters, as well as the murders of Helen McCourt, James Bulger and Anthony Walker and the abduction of Madeleine McCann.

The book, which also includes sections on comedy, television, music, football and politics. was serialised over three days in the Echo ahead of its publication by Mirror Books yesterday.

Looking back on his time in the industry, Paddy told HTFP: “I was lucky enough to meet so many interesting people and I do miss that part of the job.

“I also miss the privilege of being able to have my own views published on so many different subjects. I had a weekly opinion column and a weekly TV review column.

“And along with my former colleague Mike Chapple, I wrote the Echo’s pub column – which led to the Liverpool Echo Pub Guide book in 2002.

“And how could you not miss press trips? I was fortunate to go on three to America, one to China and many to cities across Europe.”

The book is subtitled ’33 years of conversations with my heroes (and a few villains!)’, with Paddy listing among the heroes he interviewed as the Hillsborough families and campaigners, as well as numerous celebrities from the world of entertainment.

He cited Boris Johnson as among the “few villains” he has interviewed.

Recalling aspects of the industry he does not miss, Paddy said: “The meetings. There was a drinking culture when I entered journalism in 1984, and a meetings culture when I left in 2020.

“Meetings might be healthier, but the drinking culture was definitely more fun – and, of course, no one in the industry dismissively referred to newspapers as ‘legacy products’ back then.

“Also, the abuse, ignorance and hysteria displayed by some readers, often anonymously, on newspaper sites got a bit tiresome.

“I much preferred the days when angry people had to take the time and trouble to buy a stamp, write a letter and post it. That showed real dedication to the cause.”