Glasgow Crime Stories, by the Glasgow Times, made the top 20 true crime podcasts in the UK on Spotify’s charts 48 hours after its release.

The podcast, which is voiced by former Taggart actor Alex Norton, brings “detailed looks at both unknown and infamous crimes” in Glasgow.

The series has been spearheaded by Times reporter Norman Silvester. 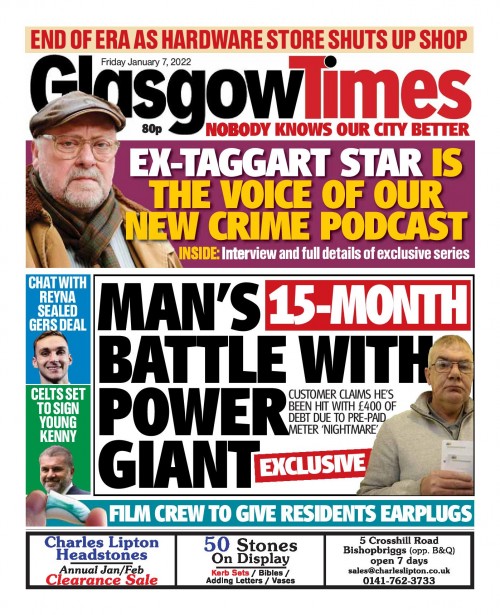 He told BBC Radio Scotland: “Glasgow is a city that has a crime image, a crime atmosphere, but it is not surprising.

“It has been sort of a pioneer but it has been part of the city’s social fabric as well.”

Norman added: “What we are trying to do with this is speak to the original officers where possible, surviving officers involved in the inquiries and get their views and I have spoken where possible to families and any surviving family members.”

Mr Norton said: “I was delighted when the Glasgow Times asked me if I would be interested in recording a series about real-life Scottish crime stories for their podcast.

“Although I have to confess that, despite my years playing DCI Burke in Taggart, I’ve never been a big fan of crime fiction – but I’ve always had a fascination with the real thing – particularly historical Scottish crime stories.”