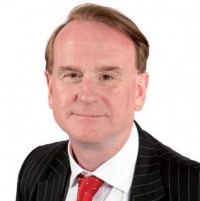 An advertising manager lost his job at a regional publishing group after soliciting a prostitute, a court has heard.

Chris Evans was sacked by Newsquest from his role as a field sales account manager following the incident in Newport, South Wales.

Evans has now been convicted after admitting the offence before Newport magistrates, describing the incident as a “moment of madness”.

The 56-year-old, pictured, is also an independent member of Newport City Council but is “resigned” to losing his position there too, according to Newsquest title The National Wales.

Natasha Roberts, prosecuting, told magistrates how Evans was caught with the prostitute in his car in the Pill area of Newport on the night of 22 May last year, when a police officer found the pair and recognised him through his work as a councillor.

Mr Young said: “It was a moment of madness is how he has described it. The defendant is a respected member of the community.

“He has helped prostitutes and the homeless in the Pill area which ironically is how he was known to the officer.”

He added: “He concedes her services were discussed but there was no sexual relations between them and no money changed hands.

“If he were not a well-known face, he wouldn’t be here today. If he had gone through with it, we will never know.

“He has lost his job as a senior advertising manager with Newsquest and is resigned to losing his position as a councillor.”

“Unfortunately the law is the law and he has to suffer the consequences. He lost his job around two months ago and is claiming Universal Credit.

“The defendant’s mental health has suffered and he was close to a breakdown. He’s a man who has never behaved in this way before.”

Shijil Miah, chairman of the magistrates, told Evans he had been right to plead guilty and not “waste court time”.

He was given a conditional discharge for 12 months and ordered to pay £85 prosecution costs and a £22 victim surcharge.