Watchdog raps daily over failure to verify claims by ‘expert’

The press watchdog has rapped a regional daily over its failure to verify claims made by an “expert” in one of its stories.

The Independent Press Standards Organisation has upheld a complaint against the Grimsby Telegraph after it quoted the director of an electric car firm discussing potential changes to the current system of road vehicle taxation.

The business owner, described within the story as an “expert”, was quoted as saying the cost of car tax changes “could be around the same as fuel duty for similar mileage, meaning a 75 pence per mile charge could result in a family visit to Yorkshire from London – a round trip of 400 miles – costing £533″.

But the claim prompted a complaint from reader Jon Hanney to IPSO on the grounds that a 75p per mile charge would equate to a 400-mile trip costing £300, rather than £533. 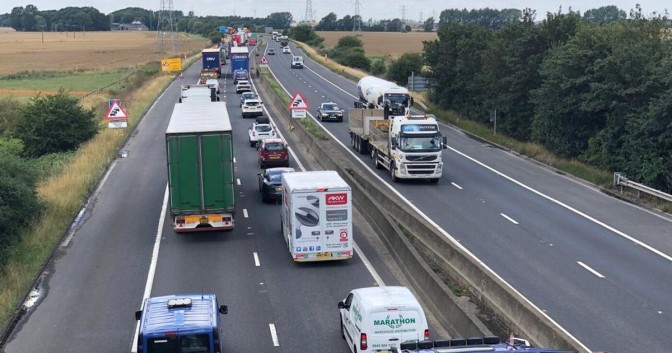 Complaining under Clause 1 of the Editors’ Code of Practice, Mr Hanney also said that, by stating that the suggested charges “could be around the same as fuel duty for similar mileage, meaning a 75 pence per mile charge”, readers may have been misled into believing that current fuel duty rates are around 75p per mile.

Mr Hanney noted that this was contradicted within the story itself, which stated that fuel duty is 57.95p per litre.

He acknowledged that the errors may have been those of the quoted expert rather than the publication, but said the Telegraph should have taken steps to verify the information, particularly as, on the face of it, the information was incorrect and contradictory.

Denying a breach of Code, the Telegraph said the “expert” had been quoted accurately and provided a press release which contained all the disputed points of accuracy identified by Mr Hanney.

It also noted none of the quoted excerpts were presented as fact, with the story making clear that such charges “could be around 75p per mile” and that it was “unclear” what the charges may be.

The Telegraph believed it made clear that fuel duty was 57.95p per litre and said the 75p per mile figure was intended to be read within the context of the story as a whole, while the comparison to fuel duty rates was intended to highlight the similarity of the proposed charge to one drivers would already be aware of.

It said that, since the story’s publication, another motoring expert had said that potential new taxes could be anywhere between 2p and £1.50 per mile, and noted that the 75p figure was in the middle of these two estimates.

However, the Telegraph offered to publish a clarification and amend the story to make clear the cost of a 400-mile journey “could” result in a 400-mile trip costing “up to” £500, when “other fees” were included.

IPSO was satisfied that the newspaper had accurately reported the original press release from the named “expert”, but said the individual’s position as a business owner did not mean that the publication had no obligation to verify information provided by him.

It found the two assessments of fuel duty in the story differed significantly and the Telegraph did not take any steps to verify the contradictory information, nor go back to the commentator to clarify what he meant by his statement that fuel duty was “around 75 pence per mile”.

The Committee further ruled the story had included misleading information because it did not explain to readers how the £500 figure had been reached and the Telegraph could not demonstrate it had taken steps to clarify the exact nature of the commentator’s claims.