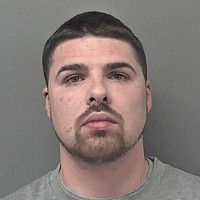 The press watchdog has rapped a regional daily after it failed to back up claims made about a court case – including that a woman who was not in the country had attended the hearing.

The Independent Press Standards Organisation has upheld a complaint against the Hull Daily Mail after the accuracy of its reporting was disputed by a man jailed for grievous bodily harm.

Alix Agius claimed the Mail had published a number of inaccuracies in its coverage of his case including a claim that his mother, who was not in the country on the day of his sentencing, had shouted out from the public gallery as he was sentenced.

The newspaper was unable to provide any notes or documentary evidence to support some of the disputed claims because its offices were closed and inaccessible due to coronavirus restrictions at the time IPSO was investigating the complaint.

Although IPSO noted the difficulties caused by changing work arrangements due to the Covid-19 pandemic, it found the Mail was unable to demonstrate that it had taken care over the accuracy of some of the disputed claims.

Complaining in July under Clause 1 and Clause 9 of the Editors’ Code of Practice, Agius denied the Mail’s claims he had drunk nine pints prior to the incident and had he been to Beverley Races, and claimed neither of these things had been heard in court in relation to him.

Agius, pictured, said that it was actually the victim who had been to the races and drank nine pints, and provided a witness statement from the victim which said this, while he himself had been visiting his grandfather in hospital before visiting the pub where the incident took place.

Denying a breach of Code, the Mail said its reporter had confirmed that everything in the story, published in January last year, had been heard in court, although the paper was unable to provide any notes or documentary evidence to support the story’s claims because the newspaper’s offices were closed and inaccessible due to Covid-19 restrictions.

It did not believe that editorial staff would be able to return to the office until Spring 2021, and told IPSO it could not say with absolute certainty that the notes would still be in the office once staff returned.

It had amended the story to state that it was in fact Agius’s grandmother who had shouted from the public gallery, after his mother contacted the newspaper to make it aware that she had not been in the country on the day of the alleged incident.

A court clerk and court usher had both confirmed the accuracy of the claim when the reporter had returned to the court the following day to confirm that this was indeed the case, although the Mail said it was unable to offer any documentation of this conversation.

In response, Agius said the removal of two points of alleged inaccuracy would not be sufficient to address his concerns regarding the story and expressed further concerns that the Mail was unable to provide IPSO with journalist notes to support the story.

IPSO found the Mail was unable to provide any documentary evidence – such as journalist notes or court documents – to support the claim that Agius “drank nine pints” before the attack and had visited Beverley Races on the same day, and did not consider that a quote from his barrister referring to “a problem with drink” was sufficient to support the allegations.

While the Committee noted the difficulties caused by changing work arrangements due to the Covid-19 pandemic, the Mail could not provide any evidence that care was taken over the accuracy of the claim.

The Mail had amended the online version of the story after being contacted by Agius’s mother to make clear that she had not shouted from the public gallery during the proceedings, but IPSO found it had not been able to demonstrate its basis for stating the claim in the first place.

It had also changed the reference to the mother shouting from the public gallery during court proceedings and had also offered, during the investigation, to remove all references in the online story to Agius having drunk “nine pints” and visited Beverley Races prior to the incident.

However, the Committee found that these actions did not represent corrective action as required by the terms of Clause 1 (ii), as neither course of action made clear what pieces of information had been removed or altered, or that the publication had taken action to correct them.

The complaint was partly upheld under Clause 1 (i) and Clause 1 (ii), and the full adjudication can be read here.