Teenage killers of 13-year-old boy will not be named, judge rules 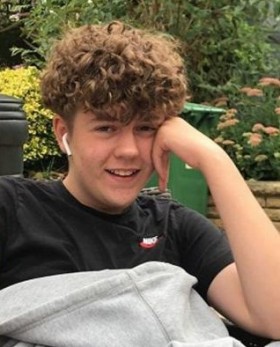 A news agency’s bid to have the schoolchildren who killed 13-year-old Olly Stephens publicly named has been rejected by a judge.

The attempt to lift the Section 45 reporting restriction was opposed by both the prosecution and defence barristers as the teenager killers were sentenced at Reading Crown Court.

Olly was lured into a trap and stabbed to death on January 2 in Emmer Green, Reading, Berks, by two boys, now aged 14 years, after a schoolgirl, also 14, asked him to meet her at the scene.

At a sentencing hearing today, Ellie Iorizzo, the assistant editor at Hyde News & Pictures and Charlie Moloney, a freelance journalist and former HNP News staffer, argued that they should be named as the killing was “an exceptional case” where the public interest was “particularly grave”.

However, refusing the application, Judge Heather Norton said the welfare of the children was the most important consideration.

The defendants had been anonymous throughout their trial at Reading Crown Court and reporting restrictions under section 45 of the Youth Justice and Criminal Evidence Act, 1999, remained in force as they appeared for sentence.

Ellie and Charley’s application said: “The fact that the defendants are so young and yet have committed an offence that is so serious, suggests that they most likely have had troubled upbringings and difficult personal circumstances.

“However, without the reporting restriction being lifted, the media will likely be unable to report much, if any, of what is said on their behalf because of the need to avoid identifying them inadvertently.

“We would also suggest that if the public can understand why this offence has come to pass, they may be better able to come to terms with this tragedy. This is particularly true in the local area.”

The application argued that the teenage defendants had already been widely identified on social media and lifting restrictions would act as a deterrent for other teenagers.

Lawyers for the defendants all opposed the restriction, as did Alison Morgan QC for the prosecution.

Ms Morgan said: “In a case such as this, involving defendants of this age, we respectfully submit that the balance is likely if not bound to favour a restriction on reporting.”

Judge Norton, who later sentenced both boys to life imprisonment and the girl to a period of detention, refused the application.

The judge said she had regard to “the prevalence of knife crime” and the “need to bring home to the public the true devastation that a decision to carry a knife may bring”.

However, she added that one of the boys and the girl had been “making extremely good progress in custody and they had a strong chance of rehabilitation.”

The court also heard that the other boy had lodged an appeal and that influenced Judge Norton’s decision not to reveal his identity.

She added: “The fact that information is already known and in the public domain about these defendants is not in itself a reason to lift the restrictions. On that basis, any reporting restriction could be easily defeated.”

Despite ruling that the restrictions would remain in force, Judge Norton praised the journalists’ application, saying it was “made in strong and very cogently argued terms both in writing and orally in court”.

Ellie, who had covered the entire trial and was first on the scene at Emmer Green after police launched their murder investigation, said: “Covering the twists and turns of this tragic case was both difficult and harrowing.

“Reporting was made particularly challenging by the fact that all three defendants had to remain anonymous.

“We understand why the judge has reached the decision that she has and we always work extremely hard to comply with the orders of the courts.”

Charlie added: “We did not bring this application lightly and it is usual for us to make the case for lifting restrictions when the defendants are this young.

“However, it is also important that courts do not ‘take it as read’ that reporting restrictions are necessary.

“Where, as in this case, there is a valid case for open reporting then it is our duty as the eyes and ears of the public to put it forward.”