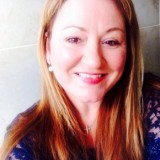 A senior editor has returned to the regional publisher she left three years ago to start a new commercial role.

Reach plc has announced the appointment of Angela Upex as commercial editor for the North East and Yorkshire.

Angela, pictured, previously spent more than 20 years with Reach forerunner Trinity Mirror and was commercial editor for Trinity Mirror North East at the time of her departure in 2018.

She had also held roles including assistant editor and head of features at Newcastle daily The Chronicle, but left the publisher to become editorial director at Kingfisher Visitor Guides.

Reach has also poached Dan Donoghue, Westminster correspondent at Aberdeen daily the Press & Journal, to become Westminster editor for its titles in the North of England.

Posting on Monday, Helen wrote: “A warm welcome to Dan Donoghue who starts his new role as Westminster Editor for Reach’s Northern Agenda titles today, and to Angela Upex who starts her first day as commercial editor for the North East and Yorkshire.

“We’re delighted to have both of them on board – exciting times.”