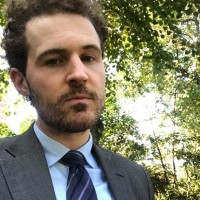 A court reporter has successfully fought to name the victim of an escort who defrauded him of £2.5m.

Charlie Moloney has won the right to name “very successful tax partner” Henry Sless after challenging a reporting restriction that had granted him lifelong anonymity.

Charlie argued Mr Sless was not eligible for anonymity because he was not in genuine “fear or distress” at the prospect of being identified, but was rather being saved from “mere embarrassment”.

Mr Sless, who had been head of Morgan Stanley’s EMEA tax region, had given Louise Caplan loans for “business ventures” after he employed her as an escort through an online agency.

The married 68-year-old believed that he was backing her to launch a venture in Dubai and in Dublin, but both came to nothing.

When the case came to court, prosecutors had genuinely believed Mr Sless had been blackmailed into parting with the money and a prosecutor made an unopposed application which saw Mr Sless granted lifelong anonymity under Section 46 of the Youth Justice and Criminal Evidence Act 1999.

In his application to Judge Francis Sheridan, he said: “I would ask your honour to consider whether that is genuine fear and distress or if it is embarrassment. Home Office guidance makes clear that the purpose of reporting restrictions is not to save witnesses from mere embarrassment.

“If there is actual evidence that Mr Sless is in fear and distress, I would ask your honour to test that evidence.

“In this case, the fraud itself related to Mr Sless being persuaded to fund business ventures rather than escort services, I would submit, facts which are not in themselves likely to cause fear and distress if made public.”

Charlie further argued it was also relevant that Caplan had admitted one count of fraud and so Mr Sless would no longer have to appear as a witness in the proceedings.

Judge Sheridan backed the application, stating that it was in the public interest for the case to be “properly and freely reported”.

Turning to the prosecution, the judge asked: “Where is the evidence of fear or distress as opposed to embarrassment? Because I cannot see it.”

Stefan Weidmann, prosecuting, said: “Having spoken with Mr Sless very recently in the last hour, I can certainly tell the court distress is very much what he feels at the prospect of this order being lifted.”

Judge Sheridan ruled that if the prosecution wanted to maintain the Section 46 order then Mr Sless would have to appear in person and give evidence, when he could be cross-examined.

After disappearing briefly to speak to Mr Sless, Mr Weidmann returned and said the victim “gratefully declines the offer” to appear in court.

Lifting the order, Judge Sheridan said the fact that Mr Sless had worked as a “very successful tax partner” was an important public interest factor in lifting the restriction.

The judge told the court: “Financial affairs are such that there is a public interest in this being reported in a case such as this.

“The press are entitled and indeed they are duty-bound to report. They are the public’s eyes and ears in criminal proceedings and Mr Moloney is right to point that out.

“If it were a blackmail case, one would certainly try to ensure a witness were put at their ease and protected. That is not this case.

“The law is not there to muzzle the press because it may cause embarrassment to others where otherwise the case would be properly and fairly reported.”