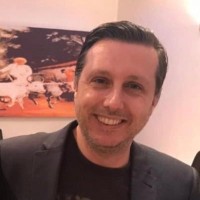 A council’s attempt to keep secret a meeting at which its next leader would be decided failed after a journalist and regional publisher took legal action.

The “informal council meeting”, where elected members effectively voted on who runs the town hall this year, was originally set to be held in private on Thursday evening.

But the authority was forced to perform a U-tun on the move thanks to Nick, who covers the council for the Manchester Evening News under the BBC-funded scheme, and Reach’s legal advisers.

Nick, pictured, received help with “important legal advice” from Reach’s Paul Mottram and Chris Walker for the challenge, although an initial appeal was resisted by the council on the ground that the meeting had not been convened under the Local Government Act 1972.

Labour and the Liberal Democrats have been locked in what Nick described as a “bitter stand-off for control”, with the authority’s constitution allowing for an ‘informal meeting’ to resolve matters in order to avoid bringing political wrangling into the annual council meeting – a ceremonial affair where the new mayor is sworn in.

It said political group leaders had now decided that the meeting, which duly went ahead last Thursday evening, would be webcast.

At the meeting, which has since been fully reported by the MEN, a Lib Dem bid to oust Labour leader Coun Elise Wilson was thwarted after the Tories backed Labour.

Coun Wilson will now be formally reappointed at the council’s annual meeting due to take place this afternoon, even though the Lib Dems are now the largest party on the council following this month’s elections.

Speaking to HTFP following the council’s U-turn, Nick said: “I am delighted that Stockport council is opening this crucial meeting to the public after we challenged its plans to hold it behind closed doors.

“All 63 councillors will effectively vote on who will run the town hall this year – and to exclude the press and public would undoubtedly have been an affront to democracy and transparency.

“The people of Stockport elected these councillors to represent them just two weeks ago.

“It is only right that their first meeting is open to full scrutiny, not held in secret.”

A spokesperson for the council said: “Following the results of the local elections held on Thursday 6 May 2021, a leader and cabinet is due to be appointed at the council meeting on Tuesday 25 May 2021.

“This decision about the council’s political leadership for the coming year will be formally taken at the annual council meeting on Tuesday 25 May 2021 at 2.30 pm.”