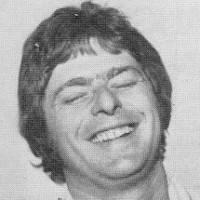 A journalist who once fielded for the cricket team he was covering for a regional daily has died aged 71.

Tributes have been paid to Martin Johnson, who worked for the Leicester Mercury in the 1970s and 1980s before going on to a successful sports journalism career with the nationals.

Martin, pictured, held roles on Fleet Street including cricket correspondent on The Independent and sports feature writer the Daily Telegraph, and also covered a number of major sporting events for The Sunday Times.

As cricket and rugby correspondent, Martin covered Leicestershire County Cricket Club and the Leicester Tigers for the Mercury.

According to the Mercury, he was “considered a member of both teams by the players” and even spent an afternoon on the field filling in for a sick Leicestershire player during a game at Oxford.

Tim Murray, who worked with Martin on the sports desk, described him as a “brilliant raconteur”.

Tim told the newspaper: “He had a wonderfully amusing writing style and his reports had a huge following even among those with little interest in sport.

“He stayed in the same hotels as the cricketers for away matches, travelled on the team coach with the Tigers and had a great rapport with both sets of players.

“On one occasion at Oxford, he fielded for the afternoon session when several County players were hit by flu.”

He said: “Martin was a brilliant writer who would not fail to make you laugh, as long as he was writing about somebody else.

“He was also a great friend to all the players and massively respected by the cricketers and rugby players alike.

“He was probably best known for his line in Australia in 1986-87 – ‘There are only three things England can’t do very well – they can’t bat, they can’t bowl and they can’t field’. They went on to win the series!”

Martin died on Saturday after a battle with throat cancer.

Former Tigers and England player Dusty Hare said: “I often bumped into Martin at the rugby and cricket writers’ dinners after he’d moved on from the Mercury and we always had time for a chat.

“We knew him as ‘Scoop’ in his Tigers days. He was a very clever writer – despite what he said about me – and he certainly had his own distinctive style.

“He covered Tigers home and away, and travelled with us in those days. He was very popular with the players – he was part of the team.”