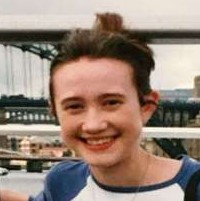 A former weekly newspaper journalist who went on to edit its sister title has died aged 46 after a long illness.

Tributes have been paid to Caroline Moulds, who worked for the Newark Advertiser as a journalist for 11 years.

According to the Advertiser, she died after a “lengthy fight with illness that she took in her stride daily.”

News editor Dan Churcher, who joined the paper at the same time as Caroline, said: “Caroline brought real enthusiasm to the newsroom and had a positive energy for everything she did.

“To be a good journalist at a newspaper at the heart of a community you need an affinity with the area you serve and the people you encounter along the way, sharing in their joy as well as their heartbreak. Caroline had that affinity and a very real empathy for others.

“Whenever someone needed her professionally, and for whatever reason, she was there.

“I’m so proud to say we were good friends in our formative years as journalists.”

Advertiser editor Sharon Hodkin added: “Her caring and friendly nature meant Caroline was much-loved in the newsroom, of which she was a huge part for many years.

“Despite her illness, her enthusiasm for the job constantly shone through. She genuinely cared for the people and community she wrote about, and that was reflected in the stories she produced, the many contacts she developed, and respect shown for her.”

Caroline had joined the Advertiser after earning a degree in English from the University of Leicester.

She died on 22 December at King’s Mill Hospital, Sutton-in-Ashfield, with her mother Glenda, father Michael and sister Lisa at her bedside.

Her father told the paper: “The Advertiser was her first job after graduating. English was her love.

“She had done work experience at the Advertiser and Mr Parlby (then owner and editor-in-chief Roger Parlby) said that if she wanted to consider a career in journalism ‘then come see us’.

“She always had an ability to relate to people, to get them to drop their guard. She cared about the people who she wrote about.”

He added: “She showed such fortitude and strength. She took everything in her stride on a daily basis.

“Prior to being ill, she enjoyed life. If anything needed doing, she was up for it and that’s why she got on so well with journalism. It is tragic that she suffered.”

Caroline’s mother said: “To me she was my loving, caring daughter and shone like a star. She was my shining star.”

Funeral arrangements have yet to be made.