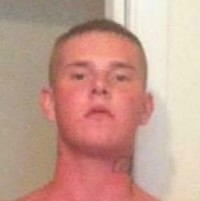 A Sunday newspaper has apologised to a prisoner after it published an inaccurate claim that he was among the main drug dealers in his jail.

The Independent Press Standards Organisation has ruled in favour of Richard Mailey after Belfast’s Sunday Life failed to verify the claim by a single confidential source before publication.

The claim was made in a story by Sunday Life, which reported there had been “more than 50 drug seizures during the coronavirus lockdown” at Maghaberry Prison.

It described Mailey, pictured, as “among the main dealers” at the prison and said “sources” there had told the paper this.

But, in delivering its ruling IPSO found the paper had not taken any steps whatsoever to verify the information given by the source in what it termed a significant breach of the Editors’ Code of Practice.

Complaining under Clause 1 (Accuracy) of the Code, Mailey said he had not dealt drugs in prison and in fact had been released in January 2020, prior to the lockdown period.

He provided an email from the prison confirming this and said it was therefore impossible for him to have been “one of the main dealers” in the prison during the lockdown period.

He further noted that he was not at the time of the story’s publication “serving a 30-month sentence.”

Sunday Life accepted the story had been inaccurate in reporting that Mailey had been “among the main dealers” at the prison during the lockdown period and that he was “serving a 30-month sentence” at the time of publication.

It had relied upon a single confidential source for the information about Mailey that was included in the story, and said it did not consider it necessary to verify the information given by the source as it had previously used the same source and had found them to be reliable and accurate.

The paper did not provide the original information from the source to IPSO, citing the need to maintain the confidentiality of its sources.

In response, Mailey said that only a retraction, apology, and monetary compensation would be sufficient to resolve his complaint.

Sunday Life said it would not pay compensation to him, but did propose to publish a correction and apology.

Mailey did not wish to resolve his complaint on this basis, and requested that the matter proceed to IPSO’s Complaints Committee so that they might make a determination as to whether the Code had been breached.

IPSO did not consider protection of the Sunday Life’s source absolved it of its requirement to take care over the accuracy of information included in its stories.

In this instance, IPSO found the paper had not taken any steps whatsoever to verify the information given by the source – for instance, by contacting the prison, the complainant or his representative for comment – and had consequently published uncorroborated and inaccurate information.

This amounted to a serious failure on the part of the publication under the terms of Clause 1 (i) and resulted in a significant breach of the Code.

IPSO further found the proposed correction identified all disputed points of accuracy, put the correct position on record, and apologised to Mailey.

It was offered promptly and the Committee considered that the proposed position of the correction to be duly prominent.