Activists staged a ‘National Day of Action’ on Saturday to mark the start of ‘Autumn of Indy Action’ – a new grassroots campaign to win backing for the idea.

Pro-independence daily The National, which is backing the initiative, distributed a 24-page supplement making the case for independence along with Saturday’s paper.

The supplement, produced by campaign group Believe In Scotland with support from The National’s staff team, summarises a lengthier document called Scotland The Brief which sets out a detailed economic case for independence. 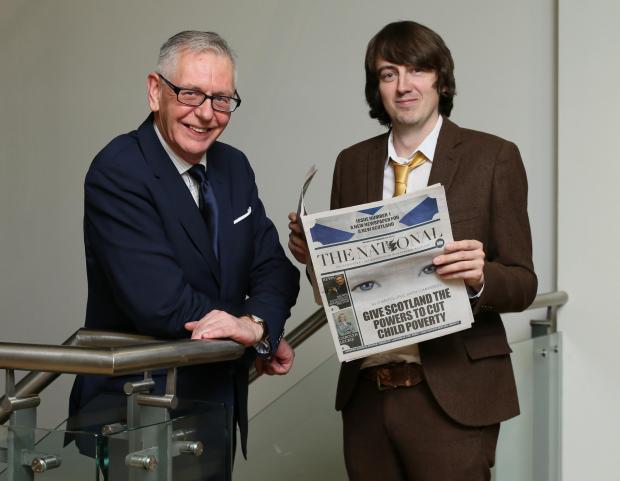 Editor Callum Baird, pictured above with his predecessor Richard Walker, said: “The National will be supporting the Autumn of Indy Action, as Scotland’s only pro-independence newspaper.

“We aren’t waiting for a starting gun to be fired on indyref2 to start making the case for Yes, as we showed recently with our Yessay contest asking readers to submit essays to help win over undecided voters.”

Writing about Saturday’s issue he added:  “We think this is an edition of The National our readers won’t want to miss.

“You’ll be familiar with many of the arguments being made in the supplement, but the way they’re presented here offers a great refresher and guide to making the case for Yes.

“We’re encouraging people to buy an extra copy to hand to a friend who might be undecided still on how they’ll vote in indyref2 – these 24 pages today will help win them over.

“Let’s make this Day of Action the start of a great autumn for the indy movement and free Scotland from Westminster.”