A man who sent a reporter pictures of his boyfriend and a teenager having sex with Shetland ponies has been jailed with the help of a regional daily.

Mark Findlater sent the images of Jordan Turnbull and Joshua Lee-Paterson engaging in bestiality to a “horrified” reporter at Aberdeen daily the Press & Journal.

The photographs were accompanied by a “long and rambling note” detailing where and when the incident took place, and the P&J took the evidence straight to the police.

Findlater, 34, has now been imprisoned for 13 months and two weeks after admitting a charge of distributing “obscene material”, while Turnbull, 28, was jailed for seven months after both he and Lee-Paterson pleaded guilty to having an “unnatural connection” with separate horses. 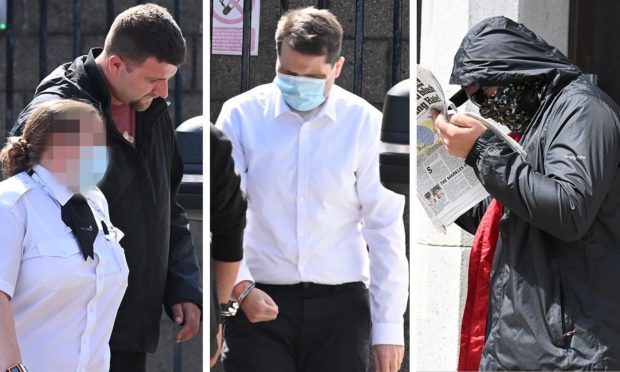 Twenty-year-old Lee-Paterson was spared jail on the grounds he was only 17 at the time the offence took place in 2018.

Explaining the P&J’s role in bringing the three offenders to justice, Aberdeen Journals head of crime and courts Ewan Cameron told HTFP: “Our Aberdeenshire reporter arrived in the office to find an envelope addressed to him and inside was what can only be described as a long and rambling note accusing two men of bestiality – including where and when it happened.

“Also in the envelope was a number of Polaroids. The strange angles meant it took him a moment to realise what he was actually looking at, but it soon became clear these were pictures of two men having sex with Shetland ponies.

“I think it’s fair to say our reporter was rather horrified by what he was looking at and, following discussions with the news editor and deputy editor, we took the letter and pictures straight to the police.

“He was later interviewed by officers and would have been called as a witness had all three of them not pleaded guilty.

“As far as court cases go, this was definitely one of the most bizarre and stomach-churning we’ve had to report on. We had to withhold some of the more graphic elements of the case from readers because they were simply so distasteful.

“But we’re pleased to have played a part in apprehending these men before any more farm animals were harmed.”

Aberdeen Sheriff Court heard how the incident happened in a small wooden stable in a field and that all three men were known to each other, with Turnbull and Findlater having been in a relationship about a year up until December 2018.

At the time, the Shetland ponies – named Jack and Ruby – were owned by Findlater.

In 2020, Findlater sent a number of packages to people containing letters “describing the acts of bestiality undertaken by the co-accused” along with images depicting the acts.

The images were sent to various people including the manager of a hotel, residents of several farms and cottages, and the P&J reporter.

Findlater had also sent letters and images to police and the SSPCA to report the matter.

James Caird, defending Findlater, said: “He was not involved in the abuse of the animals or in any way present when the photos were taken. He received these images as a member of a social media group.”

Mathew Patrick, defending Turnbull, told the court his client had been pressured into committing the offence.

Stuart Murray, representing Lee-Paterson, said the offence had taken place when his client was “on the cusp of turning 18”.

He added a court-ordered social work report contained discussion over concerns of “controlling and coercive behaviour” from Findlater.

Lee-Paterson was handed 18 months supervision and 225 hours of unpaid work as an alternative to custody.

The court heard Findlater had a previous conviction for possession of “similar material.” Jailing him, Sheriff Philip Mann highlighted his record and said he should not have subjected people to the “disgusting material”.