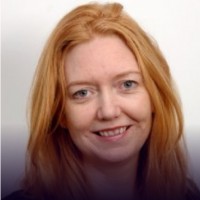 David Montgomery’s Local TV has announced the launch of Manchester TV, which will be available on Freeview channel 99 in the Greater Manchester area.

The station forms part of the new Northern TV Network that also includes channels in Liverpool, Newcastle and Leeds.

It will be available to more than one million households in Manchester, Oldham, Bolton, Knutsford, Altrincham, Cheadle, Wilmslow, Leigh, Lymm and Glossop.

The station will broaadcast 24/7 with specific local segments from 6am to 9am, 1pm to 2pm and 6pm to 8pm.

Mr Montgomery, who is chair of Local TV as well as National World, which now owns JPIMedia, said: “Our new channel and NTVN will unashamedly champion the communities and the businesses of the north.

“The launch is a culmination of a £6m investment in our mission to move the TV world from the dated model of centralisation to a new age of localisation with journalists working in the heart of their communities.”

Chief executive Lesley Mackenzie, pictured, added: “The formation of a network dedicated to the North of England recognises the huge contribution the region makes to the nation’s culture, sport and public services.

“NTVN will campaign for greater resources for the Northern communities it represents in line with the Government’s strategy of levelling up the economy.

“It will also provide a platform for local democracy. Northern businesses and public services will be the most prominent advertisers across the network.”