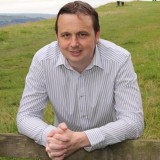 Journalists have hit out at a police force’s refusal to supply details on “lower-level incidents” unless they are made public via its own media channels first.

Editors and reporters who deal with North Yorkshire Police have criticised the force after it introduced new guidance detailing the service it will provide to the media.

The force says in the guidance that journalists are to “assume” the only information available about incidents is what has been proactively published by its corporate communications department, adding it is now unable to respond to media enquiries about incidents including “lower-level” assaults or disturbances, anti-social behaviour, criminal damage and road traffic collisions.

North Yorks Police says the measure has been implemented on the grounds that the department is “not resourced to just provide a media response service”, but journalists covering the force’s patch including Richmondshire Today editor Joe Willis and Yorkshire Post senior reporter Susie Beever have publicly criticised the new policy.

Joe, pictured, told HTFP: “Basically, if you want any information on anything deemed to be a ‘lower-level incident’ you’re not going to get it unless the force decides to put it on its own website/Facebook pages.

“There’s a long list of what constitutes a lower-level incident, many of which are the bread and butter of local news outlets. But they’re not actually going to tell you you’re not going to get it because they won’t reply to queries they deem are about ‘lower-level incidents’.

“It leaves you sat wondering if they got your email, if they’re working on it or if they’ve just deleted it. It’s Kafkaesque in its absurdity, Pravdaesque in its intent and definitely bloody rude and disrespectful to local journalists who have had, until now, excellent working relationships with police officers and the police media department.

“As well as being a slap in the face for local journalists, it is not helpful to the communities they work in. The public should be able to know what’s happening in their neighbourhood, and it shouldn’t be the job of the police to decide what they should know and what they shouldn’t.

He said: “We won’t know what’s happened and if arrests have been made unless they deem to put the info on their own channels.

“Even if it’s not ‘lower-level’, the force put it on their own channels rather than send a statement and journalists have been told to assume that that’s the only information they’re going to make available, so getting further guidance is out of the question.

“As part of the changes, they’ve also recently told their own officers to delete their personal Twitter accounts which were a good source of information and really helped to humanise local police officers.

“And to top it all off they’ve told officers all media enquiries should go through the press office so you can’t even get information from the local neighbourhood sergeant or inspector.”

She wrote: “I’m sure North Yorkshire Police has its reasons for this, but whatever they are, the public has the right to know.

“Police forces in general have shifted in recent years to a more PR-esque approach to what they do and don’t tell the media (and therefore, the general public).”

In its guidance, North Yorks Police said the new guidance was based on College of Policing authorised professional practice for media relations and other codes of practice, including those that protect victims, personal data and operationally-sensitive information, as well as taking into account the force’s “strategic priorities” and British media law.

In a statement, the force said: “It is also based on the force-agreed objectives for how we prioritise our newsdesk service.

“We have to use our resources in a way that supports a policing purpose or builds public confidence in the police.

“We recognise the media’s role in holding the police to account and that like us, the media works in the interest of the public, and on the basis of public interest.”