A regional daily has marked the “end of an era” after leaving its home of half a century for a new office.

The Oxford Mail has vacated Newspaper House for a new headquarters nearby on the same Osney Mead industrial estate.

HTFP reported last month how the Mail was giving away books and newspaper archives dating back decades to readers in preparation for its departure.

The newspaper’s audience and content editor Tim Hughes paid tribute by posting a photograph of his empty workplace on Twitter on Tuesday, pictured below. 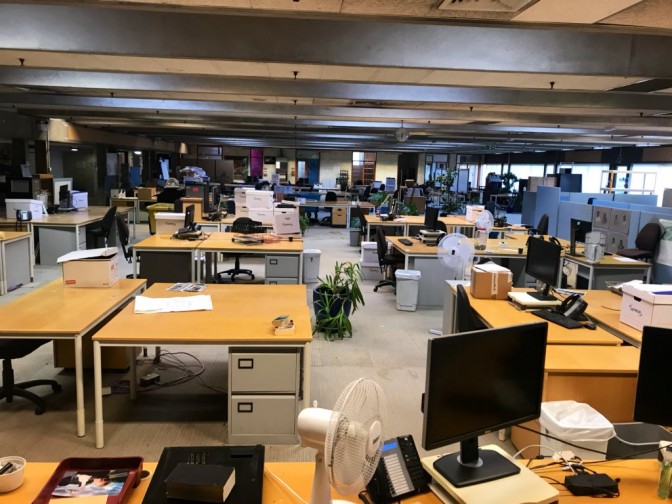 Tim wrote: “End of an era as the Oxford Mail leaves its home of 50 years, Newspaper House, for more practical premises.

“Many legends filled these desks over the years.

“The 1972 building by Arup Associates is an architectural gem and a classic of the Modern Movement. So long.”

Former Mail editor Gary Lawrence added: “So many fantastic journos have chewed a thoughtful pen in this place.