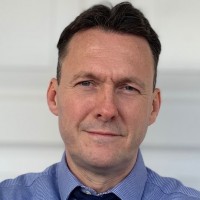 A former journalist who survived an acid attack is standing for political office in his assailant’s hometown.

Russell Findlay, pictured, has been selected to contest Paisley for the Scottish Conservatives at May’s Scottish Parliamentary election.

The former reporter at Glasgow’s Sunday Mail was attacked at his home two days before Christmas 2015 while his 10-year-old daughter slept upstairs.

William Burns, who carried out the attack, is now in prison after being convicted of assault to severe injury and danger of life following a trial at the High Court in Glasgow.

The announcement of Russell’s candidature comes after he was appointed director of communications for the Tories in Scotland in September.

Russell, pictured, told the Paisley Daily Express last Thursday: “It’s an honour to be selected to stand in Paisley and I look forward to getting out and about to meet people properly as soon as the restrictions are eased.

“As a journalist I often gave voice to victims of injustice and challenged those in authority.

“As an MSP, I would bring that same attitude, energy and determination to fight for the people of Paisley.”

The Conservatives came third in Paisley at the 2016 election, with incumbent Scottish National Party MSP George Adam holding a 5,199 majority over second-placed Labour.

Russell added: “As a journalist, you can get under the skin and report what’s going on but I believe meaningful change can only be achieved through politics.”

HTFP previously reported how Richard Walker had stepped aside as editor of Glasgow’s Sunday National in a bid to become the SNP candidate for the Ayr constituency at the forthcoming elections.

While he lost out on the bid, it is understood he has also considered campaigning to become a ‘party list’ candidate instead.