Journalist who ‘knows nothing about football’ named UEFA Euro 2020 ‘hero’

A journalist who “knows nothing about football” has shared his surprise after being named a ‘Euro 2020 Hero’.

Edinburgh Evening News entertainment editor Liam Rudden was honoured with the accolade by tournament organiser UEFA thanks to a post he made on Twitter.

Liam, 57, has only attended two football matches in his life but received the honour after tweeting in support of the Scotland national team prior to their match against Croatia.

The tweet, which included a photo of Liam in front of a Scottish flag, was picked up by a UEFA account and subsequently appeared on giant screens at a designated ‘Fan Zone’ in Rome. 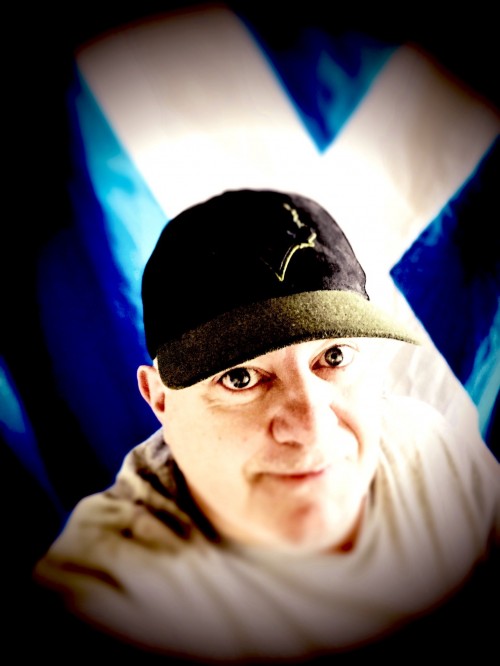 In a first-person piece for the EEN about his experience, Liam wrote: “In all my 57 years I’ve only ever attended two football matches. The old man may have been a footballer, but despite his best efforts I never followed in his studded boots, instead, since first smelling the burning methanol as I stood track side, speedway has been my sport.

“So you can imagine my surprise, and that of everyone who knows me, to discover I’d been named a ‘Euro 2020 Hero’ thanks to a tweet posted ahead of the Scotland v Croatia match.

“Like millions around the country who don’t normally follow football, it’s different when it comes to getting behind the national team, and like so many others I tweeted my support ahead of the match.”

The first Liam knew about his heroic status was when a tweet, in Italian, landed in his feed from an account called @Euro2020Hero.

He added: “A tap on the translate option revealed the UEFA account had made me a football hero – a complete surprise as what I know about the sport could be written on the back of a postage stamp.

“The tweet that triggered my impostor syndrome was a selfie in front of a St Andrew’s flag, posted ahead of the Scotland Croatia match, which posed a question; ‘Will this be the last time I need this picture? Hope not. We’re about to find out! C’mon Scotland! #SCOCRO #EURO2020 #EUROS #SCO #CRO'”

“It was one of those chosen by UEFA’s @EURO2020Hero account to be featured on screen in the Fan Zones and apparently my Saltire backed effort made the giant screen in Rome.

“The irony wasn’t lost on friends and family, one of whom summed it up perfectly with the simplest of messages, ‘WTF?'”