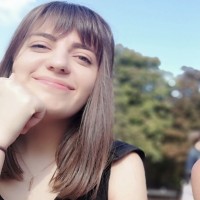 A journalist suffering from chronic pain has hit out at the “medical gaslighting” of patients by doctors.

Glasgow Live trainee trends writer Sophie Buchan, who has suffered from pain for nine years, has urged medical professionals to believe her and “millions” of others she says have wrongly been told their illness is psychological, rather than physical.

Sophie believes she is suffering from endometriosis – where tissue similar to the lining of the womb grows outside of it causing immense pain all over the body – but has not been diagnosed with any specific condition since her pain first began almost a decade ago.

She has now opened up on her experience of trying to get treatment in a first-person piece for Glasgow Live.

Sophie, pictured, wrote in her piece: “Gaslighting refers to a form of emotional abuse which involves ‘manipulating someone by psychological means into doubting their own sanity’.

“This can also happen in medical settings – referred to as medical gaslighting.

“This is used to describe medical practitioners who blame a patient’s symptoms on psychological factors, or deny a patient’s illness, for example, doubting their pain because they ‘don’t look sick.'”

She added: “I believe millions of patients are still gaslighted – including myself – and it’s affected my mental health.”

Sophie went on to describe how she had been “routinely denied thorough tests and treatments”, including an MRI scan, in a bid to obtain a diagnosis.

She added: “You start to doubt if your pain is even real and think that you’re making it up.

“I was told this so many times that I stopped making appointments and asking for advice, but before I knew it I was in a debilitating flare up so much so I thought I had covid (I did not) and back to the GP I went – this is definitely not in my head.

“Whenever I need to schedule an appointment, I should not be scared of being fobbed off.

“Of course this lack of believing patients is not isolated to the medical profession – many of the general public don’t realise that invisible illnesses exist and you don’t have to be curled up in a ball to be in immense pain or in a wheelchair to be classed as having a disability.

“The dangers of gaslighting patients is something that medical professionals need to be trained on to understand how their words and actions can affect a patient mentally and physically.

“I should not be shocked or give a doctor a round of applause for doing the bare minimum – it’s their job.

“In short, don’t doubt patients. Believe us. We don’t want hundreds of trips to the hospital – we just want fair treatment and answers.”

Speaking to HTFP, Sophie said readers’ reactions to the piece had been “overwhelming”.

She added: “I’ve had so many messages from people who have been gaslighted and that the article, albeit sad, has helped them and makes them feel less alone.

“It’s sad to know that so many people can relate but I’m glad people can find comfort in it. I just hope medical professionals read the responses and the article and realise how their words can affect somebody mentally.

“At the end of the day the article has done its job and that’s to raise awareness of what patients are facing and to help anyone who can relate to me feel less alone.”