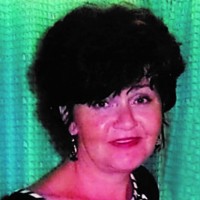 A journalist known for her “exceptional shorthand skills and a curious mind” had died aged 63.

Tributes have been paid to Jacqueline Courtney, who served the Ulster Herald for almost three decades.

Jacqueline, pictured, worked at the Omagh-based Herald between 1977 and her early retirement in 2005.

During her time there, she covered the paper’s health, education and council beats at various times.

“With exceptional shorthand skills and a curious mind, she was a leading member of the Herald’s editorial team from 1977 until her early retirement in 2005, and in that time she covered everything from local court sittings to health, education and council meetings.

“But she loved nothing more than writing about local people and their achievements.

“She was always a very kind and considerate person, and had a great skill at making everyone she met feel at ease in any situation.

“As a result, she got the best out of people and always painted everyone in a very positive light.”

Jacqueline had two daughters – Naomi, who died as an infant, and Danielle.

Danielle told the Herald: “I always thought my mum was the best-dressed woman in the town. She took real pride in herself and her work, which she loved.

“She was a strong-willed, independent woman, who never let anything get her down. Even after being diagnosed with multiple sclerosis, she just got on with things.

“She loved her job, she loved talking to different kinds of people and hearing their stories. I have fond memories of being on picnics and things when I was younger, and my mum would be writing her copy for the next day.

“She was a great mum who made sure I never wanted for anything growing up.”

Jacqueline is survived by Danielle and her husband Vince, their children Niall and Enda, as well as her siblings Annette, Martin, Paul, Peter and Irvine.