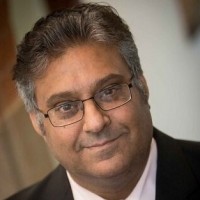 A journalist has been appointed to the board of the world’s oldest press club and taken on a new role in local radio.

The Birmingham Press Club has unveiled Tony Adams as a director after being an “active member” of the organisation for many years.

Tony’s appointment comes as he takes up a new presenting role with Birmingham’s Radio XL, a commercial station aimed primarily at the Asian community in the West Midlands.

Tony, pictured, is also currently serving his third term as chairman of the Birmingham & Coventry branch of the National Union of Journalists.

He said: “I’m absolutely delighted and honoured to be elected onto the Birmingham Press Club board of directors.

“With over 35 years of experience as a journalist and broadcaster, I’ve been fortunate to work with great colleagues across all spectrums of the media profession and key stakeholders including the NUJ, who strive to encourage best practices for journalists including the union’s code of conduct and ‘Race Reporting Guide’.

“I’ve been an active member of the Birmingham Press Club for a number of years and this new role will enable me to forge deeper relations with other ‘sister unions’ Equity, BECTU (the largest union at the BBC), and the Writers’ Guild to work on the much- needed work for the industry governance and policies.”

Press Club chairman Llewela Bailey added: “Tony has been an enthusiastic supporter of the club for many years and I am delighted to welcome him on board as a director.

“His commitment, and in-depth working knowledge of our industry, will be an added asset as we re-position ourselves as we come out of lockdown.”