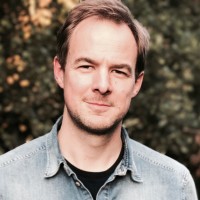 Journalists have been urged to join a subscription-based hyperlocal news network after it received a four-figure cash boost.

Today News has renewed calls for new members to come forward after its founder site, Altrincham Today, recorded more than a million annual visitors for the first time.

HTFP reported in 2015 how the project, then known as Hyperlocal Today, was looking for journalists to set up their own news sites as part of the venture.

The network currently has titles in Greater Manchester, Wirral, Glasgow and Oxford and has now relaunched after receiving a £3,000 emergency grant from the Public Interest News Foundation.

The grant has been used to redesign and redevelop the Today News platform, which allows journalists to set up their own local news sites for a £25 per month subscription.

Subscriptions are free if the journalist migrates over an existing local news website and editors then keep 50pc of all revenue generated by the site.

Today News founder and Altrincham Today editor David Prior, pictured, said: “Our traffic surged last year as our readers wanted to know the hyperlocal ramifications of Covid, not just the regional or national, whether that meant bin collections or ward case rates.

“We are absolutely convinced that the future of local news lies with nimble, lean, highly focused hyperlocal news operations.

“A tightly focused audience built around proper local news is far more attractive and effective for an advertiser than bigger publishers chasing clicks at any cost.

“I’d encourage any journalist looking for a way to use their skills to quickly build a local news hub to get in touch.”

David can be contacted at david@todaynews.co.uk.