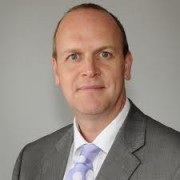 An editor has realised the dream of having his children’s book published after 30 years – thanks to the influence of his granddaughter.

Andy Cooper’s book ‘Harry the Hippopotamus’ has been published after he was reminded of the story by his grandchild Bonnie.

Andy, who edits Devon Life magazine, initially wrote the tale aged 23 for his mother, a primary school teacher, to read to her class.

However, his attempts to interest publishers at the time were fruitless.

Andy, now 54, said: “I just left it then and thought little more of it. Then two summers ago my partner Tanya and I were bringing our two-year-old granddaughter Bonnie back from Woolacombe Beach in North Devon, got stuck in holiday traffic and Bonnie demanded a story as she was bored.

“The only thing I could think of was to recite ‘Harry’ from memory.

“She liked it so much it prompted me to think about resurrecting it.”

The book, aimed at children aged up to six, tells the story of Harry, a young hippo who can’t say the word “hippopotamus”.

After finding illustrator Leigh Jackon via an appeal on Twitter, the pair successfully pitched the book to Olympia Publishers, who published it via its Bumblebee Books imprint this yesterday.

Andy has worked in regional media for over 30 years and prior to joining Archant and working on its South West magazine portfolio, was editor-in-chief of Northcliffe’s weekly titles in Cornwall, Devon and Somerset.

He added: “It has been a lovely surprise to see the book come to life and I am still pinching myself how things turned out.

“If we hadn’t got stuck in that traffic jam a couple of years ago then I wouldn’t have found myself reading Harry out loud to Bonnie and the story would have just remained a distant memory.”

More details on the book can be found here.