Two sister weeklies have temporarily reduced the number of copies they deliver amid a review of their distribution network.

The Exmouth Journal and North Devon Gazette have announced the move, which means some readers are not expected to receive a copy through their letterbox as usual for six weeks.

Those affected have been urged to instead buy issues of the Journal and Gazette from selected pick-up points.

It is understood the number of free copies of the titles currently being sent out is around 20,000, a reduction of around 5,000 from their usual circulation. 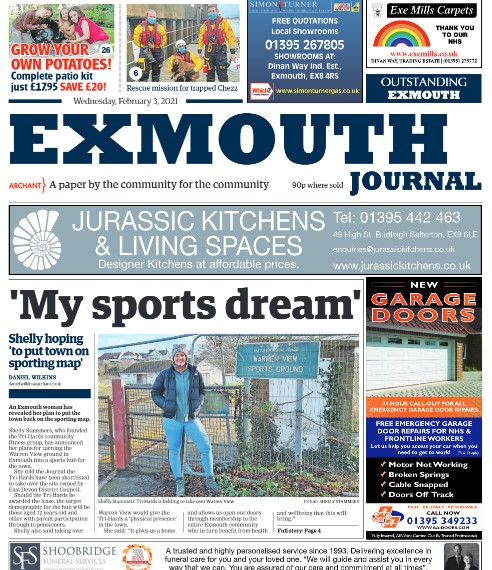 In his message to readers, Daniel wrote: “Times have been extremely challenging for my industry and newspapers.

“Like virtually all businesses, we have not escaped the impact of Covid as large chunks of the economy have been shut down.

“We have managed to battle through and still bring you the Journal, but I thought that I should let you know that, at least in the short-term, we are having to look at how and where we deliver the newspaper.

“For the next few weeks, you may find that the Journal does not arrive through your letterbox as normal while we temporarily review our distribution network.”

Daniel went on to share a list of pick-up points from which the Journal can be purchased.

He added: “I can only apologise for any inconvenience, but we want to make sure we can continue to produce and deliver a quality newspaper with our distinct community feel.

“This interim measure will help assure that going forward.”