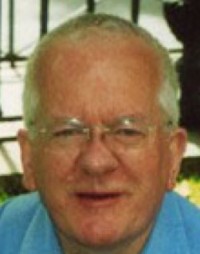 A “fiercely intelligent” former regional journalist who was still working until recently has died aged 77 after a short illness.

Tributes have been paid to Sean Milmo, who worked for both the Shropshire Star and the Teesside Evening Gazette before joining Reuters in the late 1960s.

Sean, pictured, worked as a sub-editor on Reuters world desk at 85 Fleet Street before embarking on a successful freelance career spanning five decades.

He was working right up to his death, specialising in business, scientific and medical journalism.

Friend and former colleague John Marquis said: “Sean was a lovely chap, fiercely intelligent, endlessly curious and a terrific journalist in his field.

“Everyone who knew him will miss him a lot.”

Sean, a Cambridge graduate, was the younger son of the well-known High Court judge Sir Helenus Milmo, who was a lawyer at the Nuremberg Trials in the 1940s.

His sons Cahal and Dan followed him into journalism. Cahal is chief reporter of the i newspaper, while Dan is deputy business editor of The Guardian.

He is also survived by wife Marion, who often worked with him as a researcher.