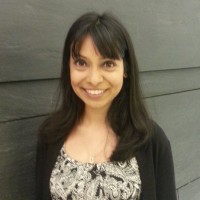 University of Kent has announced Dhruti Shah will join its Centre for Journalism as an Honorary Fellow (Practitioner).

Dhruti began her career on the Harrow Observer, where she became chief reporter and acting news editor.

She joined the BBC in 2008 and worked on programmes including Newsbeat, Panorama and the World Service before leaving the corporation last month.

Her appointment comes after the university won a contract to help train BBC journalists at postgraduate level earlier this year.

Dhruti, pictured, said: “I feel lucky to have been asked to come on board as the Centre is one of the best places in the UK for young journalists to train.

“To be affiliated with it during a new chapter in my own journalism practice is exciting.

“I can’t wait to meet the students and apprentices and not just talk to them about my craft but hear their stories too.”

Ian Reeves, the head of the Medway-based Centre for Journalism, added: “Dhruti’s track record in innovative storytelling, her fascinating work in different forms of journalism and her passion for diversifying newsrooms make her a great fit with our own aims.

“Staff and students at the Centre for Journalism will learn a lot from her, and we’re all very much looking forward to the collaboration.”