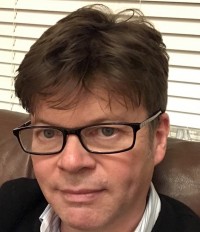 A former regional journalist’s book is being developed as a TV drama before it has even been published.

Jeremy Craddock’s book ‘The Jigsaw Murders: The True Story of the Ruxton Killings and the Birth of Modern Forensics’ has been optioned to be adapted for television before it hits bookshelves on 28 May.

The book by Jeremy, who has worked for the Westmorland Gazette and Warrington Guardian, is the first full-length, narrative non-fiction account of the double murders by Lancaster GP Dr Buck Ruxton in 1935.

Ruxton murdered his wife and children’s nanny, dismembered their bodies and discarded the remains in a ravine in Scotland and the subsequent police and forensic work to piece together the macabre human jigsaw puzzle revolutionised crime-scene investigations.

The book has been optioned by STV Productions’ Elaine Collins, the producer behind ITV’s Vera and the BBC’s Shetland, and is now being developed as a drama.

Jeremy, pictured, who also lectures in multimedia journalism at Manchester Metropolitan University, told HTFP: “I grew up near the murder scene in Lancaster and was haunted by it from a young age. Whenever we visited the city, my dad would point out Ruxton’s house.

“I felt much of what had previously been written about the case was superficial and did not tell the human story behind the gruesome headlines.

“I felt the two victims, Isabella Ruxton and Mary Rogerson, in particular, had been poorly treated.

“I wanted my book to give these silent witnesses a voice.”