An editor has left the regional press to run her own news agency focusing on animal-related stories.

Hayley O’Keeffe has launched The Animal News Agency full-time following her departure from the Bucks Herald.

The agency, originally started as a sideline two years ago, offers news and pictures to national and local newspapers, as well as taking on PR clients with animal-related projects.

So far Hayley’s stories have appeared in nearly every national newspaper. 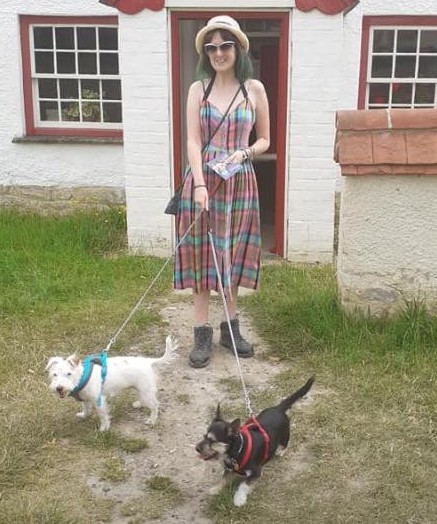 Hayley with dogs Lem and Ness

She told HTFP: “I started The Animal News Agency as a bit of fun in 2019, just doing the work at weekends and in the evenings.

“But after a while I realised that the business was getting a bit too big, and had to make the difficult decision to leave local newspapers behind.

“Everyone loves an animal story and they appear in every newspaper every day, so I figured why shouldn’t I be the person to write some of them?

“I love local newspapers so much so leaving wasn’t easy. But I must admit I am really loving writing about animals full time, and working for myself is a big confidence boost.”

Hayley, who is NQJ-qualified and a recipient of the Journalism Diversity Fund, began her journalism career in 2001 for music magazines, and after university began her local newspaper career at Luton on Sunday.

Since then she has worked at the Luton Herald and Post, Bedfordshire Times and Citizen, Buckingham and Winslow Advertiser, Hemel Gazette and Bucks Herald.

Most recently Hayley’s Bucks Herald team led the HS2: Enough Is Enough campaign, which lobbied MPs to speak out over the controversial rail scheme.

Prior to her departure in February, Hayley also led a cold case murder investigation, where she and trainee reporters examined the unsolved 1967 murder of RAF servicewoman Rita Ellis. Their investigation led to three new leads for police which are being looked into.

Added Hayley: “I will never stop being a local journalist, my former newsroom can attest to that as I am always getting in touch with titbits that I have spotted.

“But Animal News Agency is my future, and that feels really exciting.”