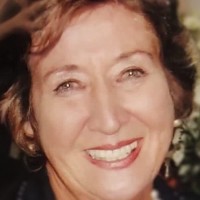 An education correspondent known for her “dogged and balanced reporting” at a regional daily has died aged 85.

Tributes have been paid to Jill Sutton, who served Blackpool daily The Gazette in two spells spanning five decades.

Jill, pictured, began her career at the Lytham St Annes Express in 1957 before moving to the neighbouring daily.

She took a break from journalism for several years in the 1960s and 1970s to have a family, before undertaking a second stint at The Gazette until her retirement in 1992.

Former Gazette deputy editor David Upton told the newspaper: “She had re-joined the paper after bringing up her extended family.

“Her reputation for dogged and balanced reporting of the Fylde coast’s education services earned the admiration of her colleagues on the paper, and – importantly – the confidence of headteachers, their staff, pupils and parents across the Fylde area.”

Jill had planned to become a teacher before setting her sights on journalism, according to her son Johnny.

Johnny, 61, told The Gazette: “She initially set out with a teaching career in mind to build on her interest in music but she loved writing and the role provided the ideal combination.

“She never looked back after getting the opportunity to work for the Lytham St Annes Express and The Gazette, thoroughly enjoyed her time there.

“She made some wonderful friends on the paper over the years and always looked back on her time there fondly.”

Away from journalism, Jill was a mother of six and also a grandmother who was married to her second husband Bill Sutton.

She died at the Hamptons Care Home, in St Annes-on-the-Sea, and her service of thanksgiving will be held at St Cuthbert’s Church, Lytham, on Saturday 27 November at 11am.