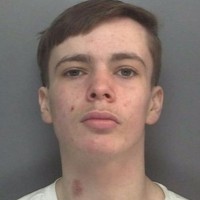 A regional daily has won the right to name and shame a child who carried out a racial attack on a mother in front of her own daughter.

The Liverpool Echo successfully fought in court to identify Kurtis Williams, whose own mum shouted encouragement while he cut his mixed race victim with a machete and yelled racist abuse including the N-word.

Williams, who was just 15 at the time of the attack, cut the woman’s left cheek open from her ear to her jaw in the presence of her four-year-old daughter.

The 16-year-old was jailed for eight years at Liverpool Crown Court after admitting wounding with intent and possessing a blade, having changed his plea on the opening day of his trial.

Judge Stuart Driver subsequently backed the Echo’s application to lift the Section 45 order on the case, despite objections from William’s defence counsel.

Echo court reporter Neil Docking told HTFP: “We argued that in this case, the defendant had committed an horrendous attack on an innocent victim, leaving her with both physical and mental scars, the effects of which she will have to endure for the rest of her life.

“We said we appreciated the young age of the defendant – who had recently turned 16 – and that this had to be carefully considered, but said we believed that such was the nature of his crime that the strong public interest in naming him to send a strong signal that anyone committing such crimes, regardless of their age, will face serious consequences, outweighed considerations regarding his welfare.

“The judge agreed with our representations and, despite opposition from Williams’ defence lawyer, agreed to lift the reporting restrictions, meaning we could identify and publish the mugshot of the perpetrator of an abhorrent racist attack.”

The court heard how the victim had been left with a “life changing” scar and had to leave her job as the result of the attack, while Judge Driver added Williams had “destroyed the stability of her life”.

Callum Ross, defending, said Williams was willing to change, “remorseful” and “beginning to understand his actions and the consequences for his victim and her family”.