A regional daily has recruited three apprentice reporters as it looks to give a boost to young journalists.

Portsmouth daily The News has appointed Elsa Waterfield, Pepe Lacey and Sophie Murray to work in its newsroom.

Elsa, 22, from Southsea, has been hired as a news and features apprentice and 18-year-old Pepe, from Petersfield has been appointed as a sports apprentice.

Sophie, 22, from Port Solent, has been recruited as a business reporter under the UK Government’s Kickstarter scheme, which is designed to give job opportunities to people aged between 18 and 24 who are on Universal Credit. 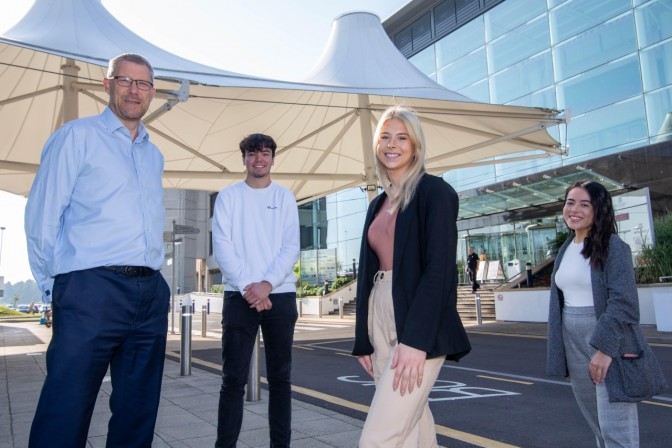 Editor Mark Waldron said: “Part of our role is to train the next generation of journalists. We have always taken great pride in giving opportunities to young people who are looking to get into the profession.

“We are delighted to have Sophie, Pepe and Elsa join our team and are looking forward to training them.”

Elsa, who recently graduated from the University of Portsmouth with a first-class honours degree in journalism, added: “I have always wanted to be a journalist. I love chatting to people and listening to their stories.

“I think there is never too small a story to be told. I love Portsmouth and local news is really important. This is a great place to make a name for myself and to get other people’s stories heard.

“The apprentice scheme is great as I can earn while I am learning. Being able to get that experience alongside a qualification is invaluable.”

He said: “I love everything about sport so the job was so appealing. I could watch Pompey [Portsmouth FC] play forever and not get bored. Not going to a game for 18 months was torture, it felt like the longest time.

“I love the buzz of the game and watching football. I also enjoy cricket, darts and Formula 1 so it’s not just all about football.

“When this job came up, it was like gold dust, it was exactly what I wanted to do. It is the perfect place for me to start. It is so exciting.”

Sophie, who graduated from the University of Reading this summer with a degree in English Language and Spanish, hopes to be able to use her experience at The News as a way to get into broadcast journalism.

She said: “I hope to have a career in journalism, and working in local news is the best way to get my foot in the door, make contacts and to get the best training, while getting to know the community and reporting on stories from the area I grew up in.

“The Kickstart scheme was really great, they were really supportive and it’s great to be at The News.”