Daily reporter opens up on decision to become an egg donor 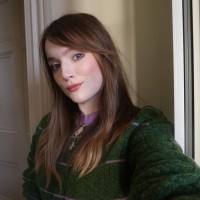 A journalist has opened up on her decision to become an egg donor in a bid to help other women who may be considering it.

Liverpool Echo reporter Jess Flaherty does not want children of her own, but has decided to donate her eggs to aid other people who do.

Jess, pictured, writes for the Echo’s What’s On team and began the process of becoming an egg donor last June.

Now, she has gone public on the process to inspire others interested in donating.

The 30-year-old told the Echo: “It was something I always had in the back of my head as something that I wanted to possibly do.

“I had quite a few gay friends at uni who would talk about how they would need egg donors and that planted the seed of thinking ‘oh yeah, there are couples that can’t naturally have their own children or people who have fertility issues’, so it was in the back of my head as something I would want to do.”

Specialists will look for the right recipient before Jess can begin the treatment cycle, after she and her partner Al Bollands have attended a counselling sesion.

Jess added: “I think the counselling is a really good thing and it will obviously help us to recognise the scope of the decision and I guess sort of prepare for potentially meeting someone in 18 years who shares my genes.

“I am quite excited about doing it but I do sometimes feel a little bit emotional and overwhelmed because I didn’t realise just how big of a deal it was when I decided to do it.”