A regional daily has launched a bid to honour an environmentalist who helped start the UK’s first National Park.

Sheffield daily The Star is campaigning for a blue plaque to honour Ethel Haythornthwaite, who was involved in the Peak District becoming the first area to be given the status.

Mrs Haythornthwaite established a charity in 1924 – now known as CPRE Peak District and South Yorkshire – and dedicated her life to protecting local countryside.

The Star has teamed up with CPRE PDSY, Olivia Blake MP, the University of Sheffield, and Sheffield councillor Anne Murphy to campaign for the plaque. 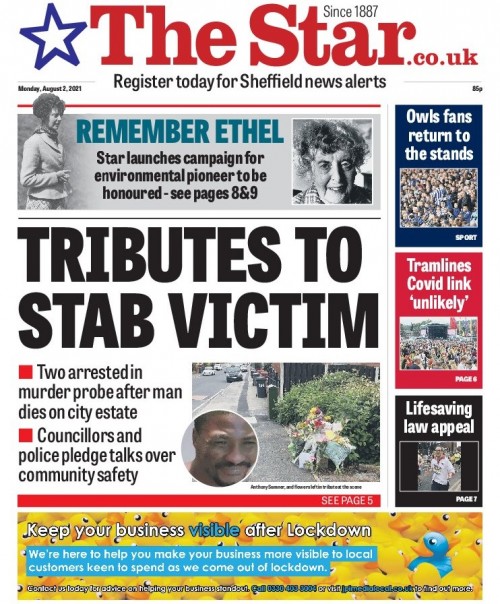 Star editor Nancy Fielder said: “Ethel’s story is far too inspirational for it not to be widely known and for Sheffield not to celebrate a woman who made such a huge difference, not only in her own lifetime but still to our lives and those who live in and around Sheffield today.

“She deserves to be remembered and I am sure Sheffielders will pull together to help fund a plaque for her so she can never be forgotten.

“I have to admit, I hadn’t heard of Ethel until the recent anniversary but as soon as I read her story I knew we had to do something special.

“I immediately contacted Olivia Blake, Anne Murphy and CPRE to ask for help to get this campaign up and running, and they were all delighted to work together with The Star to make sure this happens.

“This city doesn’t do enough to shout about extraordinary Sheffielders or women who led incredible change so this is an opportunity to do both.”