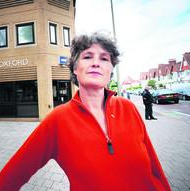 Journalists at a regional daily face what union bosses haved termed being “fired and rehired” after rejecting plans to end time-and-a-half pay for bank holiday working.

The Oxford and District branch of the National Union of Journalists has attacked Newsquest over the plans, which affect around 15 journalists working at the Oxford Mail and its sister weekly the Oxford Times.

The NUJ says Newsquest has issued termination notices to staff at the titles after its members rejected a proposal to end ‘time-and-a-half’ pay for working on bank holidays – excluding Christmas Day, Boxing Day and New Year’s Day.

HTFP understands the same terms have already been implemented at other Newsquest centres in recent years without protest.

According to the union, the greatest impact of the changes would fall on the Mail’s newsdesk, the sports reporter, and sole remaining sub-editor, who are “most likely to be called on to work on a bank holiday”, while reporters “routinely work many hours overtime to cover for redundancies and unfilled vacancies”.

Anna Wagstaff, pictured, secretary of the Oxford and District NUJ branch, said: “The practice of ripping up employees’ contracts to force through worse terms and conditions has been widely condemned not just by trade unions but by MPs across the political spectrum.

“We are horrified to see such despotic tactics being used by a local paper, which likes to present itself as a watchdog of democracy and accountability.

“For a profitable company to resort to fire and rehire in pursuit of negligible savings and without even going through the agreed disputes procedure shows a level of contempt for dedicated and hardworking staff that readers will doubtless find hard to understand.”

In a statement, the Mail’s NUJ chapel added: “With a severely depleted newsroom, we have all worked well beyond our contracted hours for the past year, resulting in the Oxford Mail’s print circulation figures holding up better than any other regional daily, and the Oxford Mail website attracting among the highest levels of subscribers of all Newsquest titles.

“It was therefore disappointing to have the company respond to this by proposing to cut our bank holiday working pay. To then have new contracts imposed on us in this way is highly stressful and demotivating.”

The NUJ’s call for the dismissal notices to be withdrawn has received backing from Layla Moran, MP for Oxford West and Abingdon, and Anneliese Dodds, MP for Oxford East and chair of the Labour Party.

Ms Moran said: “I completely oppose the use of fire and rehire tactics to worsen working conditions for hard-working local journalists. They are the lifeblood of our community, and many are my own constituents.”

Ms Dodds added: “Labour has called for an outright ban on the practice of ‘fire and rehire’, which has been repeatedly used in recent months to reduce pay, terms and conditions.

“I know how hard the journalists and other staff at the Oxford Mail work and I am really concerned to hear that they are being subjected to ‘fire and rehire’.”