A regional daily is scrapping a Saturday supplement after reader feedback.

The Eastern Daily Press has announced it is ceasing publication of its weekly Heaven pullout after a survey of 3,000 readers found it was less popular than its Weekend supplement. 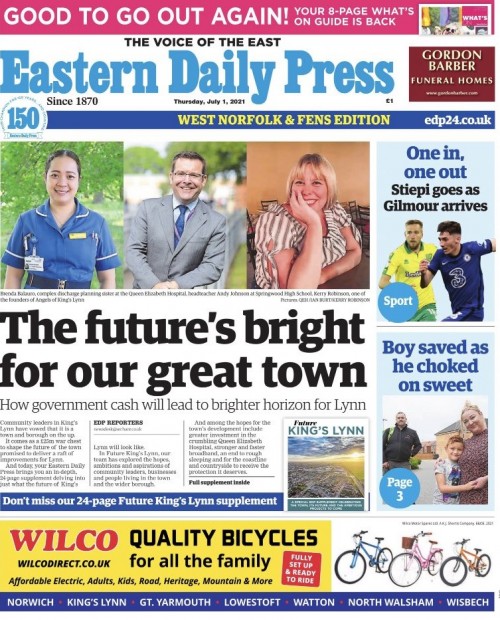 In an editorial about the survey, EDP editor David Powles wrote: “I was pleased with those results – but would love to work towards tackling the remaining 10 or 11pc who are yet to be convinced.”

He added: “It’s not a foolproof tool, but having some 3,000 opinions to call upon is a fantastic resource for us to use.

With that in mind we made our first significant change to our coverage within last Saturday’s EDP by replacing our two Saturday supplements, namely Heaven and Weekend, with just one.

“Our feedback, both in the survey and from general day-to-day conversations, was that while Weekend, with its plethora of local features, featuring local people, was one of the most popular things we publish, Heaven was less so.

“With that in mind, our new 72-page Weekend supplement still features the very best of those two products, including TV, puzzles, walks, local history and more – but now includes much more Norfolk and Waveney focused content, including a weekly big interview, more of a focus on local getaways and several other new local features.

“I’m already incredibly proud of our Saturday edition of the EDP, and it remains a weekend staple in thousands of households.”

The Norwich-based daily has also launched a dedicated new curation team as a result of the survey.

David added: “Our new team will be tasked with working alongside the public to tell stories that matter to you, your friends and family and your community.

“Are you involved in a sports team or club and would like to share their achievements? Or are you a local historian looking to celebrate your community’s past?