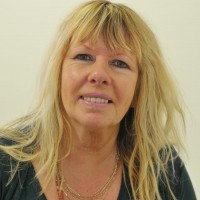 A “consummate regional newspaper journalist” who worked for a daily title until recently has died suddenly.

Tributes have been paid to Felicity Harrison, known to everyone as Flicky, who spent more than 30 years with the Swindon Advertiser where she was known as an entertainment feature writer, but was also “able to turn her hand to almost anything”.

After leaving the newspaper in 2019, Flicky started her own video production business and covered events around Swindon.

Flicky, who was in her 50s, died on 20 March following a battle with stomach cancer.

Former Advertiser editor Gary Lawrence told the paper: “Flicky was almost the first person I was introduced to when I joined the Gazette in Swindon 20 years ago. I never saw her without a smile.

“She was the consummate regional newspaper journalist, able to turn her hand to almost anything. She was reliable, fun to be around and passionate about Swindon, particularly its arts and music.

“In her interviews, she gave the same respect and attention to four spotty teens in a band from Old Town as she did to any of the stars appearing at the Wyvern and she was a fierce champion of any new performer who emerged from the town.

“Above all she was a lovely person who wandered the office in her trademark bare feet, supportive to younger members of staff and an able lieutenant to anyone who needed her assistance.

“It was people like her who made the Adver what it was. It seems so cruel that she was establishing a new career when she was taken ill. She had an awful lot more to give.

“She will be a huge loss to her many friends and to the town.”

“She had her finger on the pulse of what was happening around the town on the arts and music scene and always got the best out of people in her interviews. She’ll be much missed.”

News editor Tina Robins said: “Flicky was one of the first people I recognised when I returned to the Adver newsroom after a gap of just over a decade and I don’t think she’d changed a bit.

“She was a kind and friendly soul who was always ready to help trainee reporters and I know she’ll be remembered fondly by them. And knowing her, she’d probably be embarrassed by all the tributes.”

And reporter Daniel Angelini, who wrote an obituary for the Advertiser, said: “Flicky was always so cheerful around the office and to everyone she spoke to, full of humour and kindness.

“After she left the Adver, it was lovely to see her again as she popped up here and there on odd jobs and stories I was also covering. The last time I spoke to her didn’t seem so final at the time, just a casual ‘see you at the next one’.”